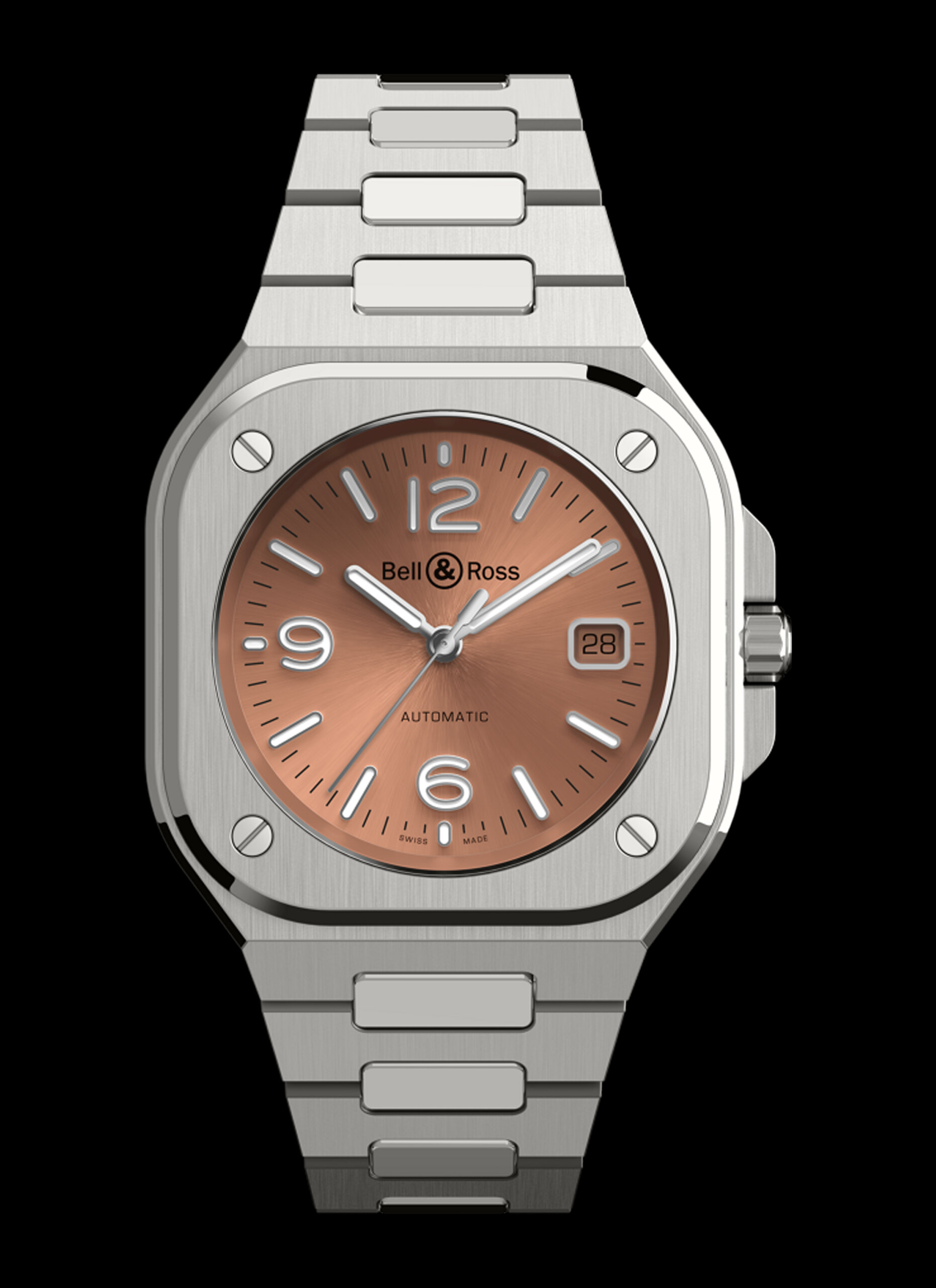 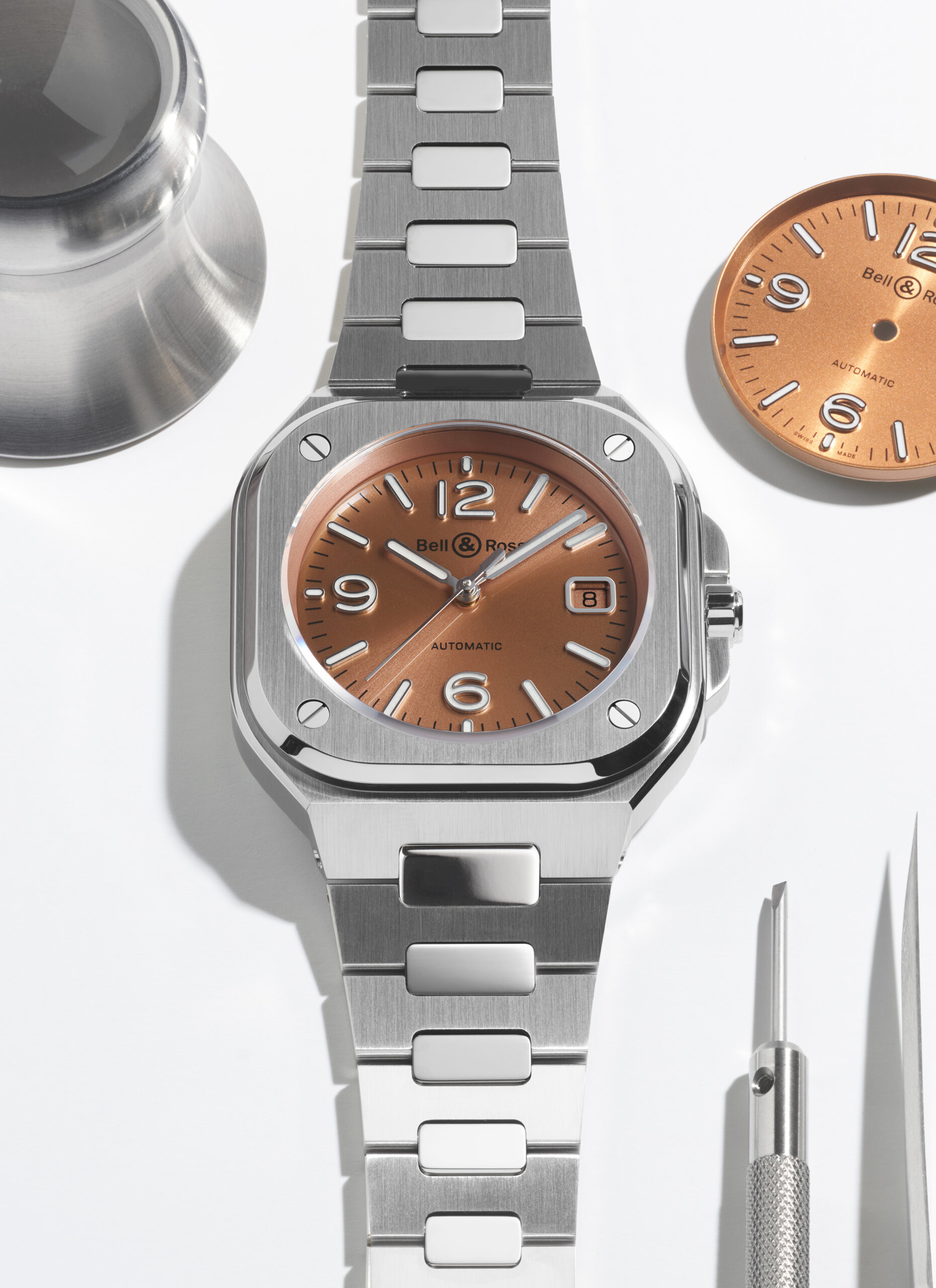 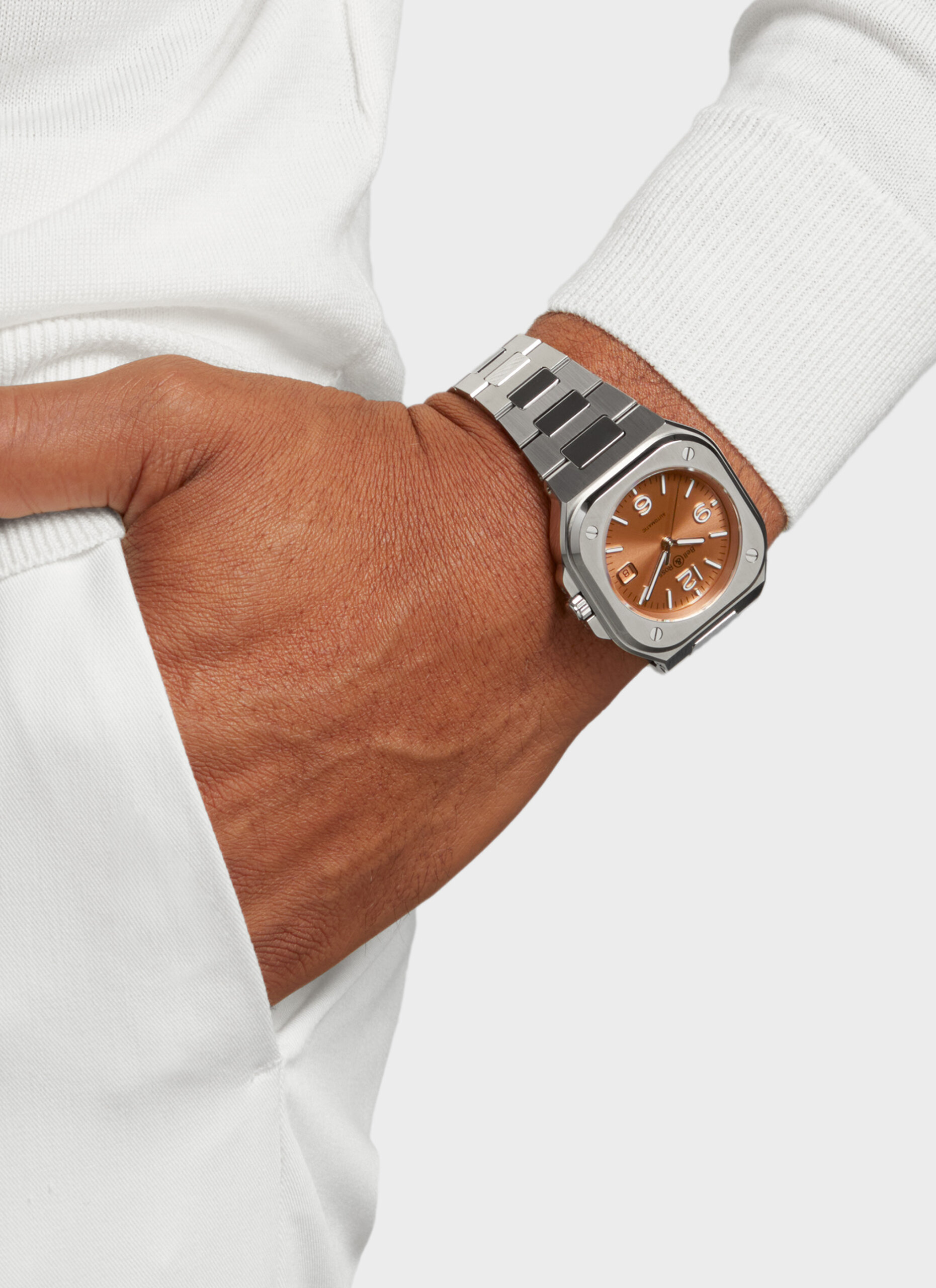 As its name suggests, this watch is adorned with a golden-brown dial, enriched by a sunburst finishing which gives shine and a sense of preciousness recalling the light of the end of a summer’s day.
This colour was developed specifically for the BR 05, which is the only Bell & Ross watch to feature it.
Two main operations make it possible to obtain this tone and this particular depth: Machining. The sunburst effect is obtained by circular micro-engraving of the metal plate of the dial. This work
gives all its luminosity to the colour which varies according to the inclination of the dial. Varnishing. Several coats of transparent varnish in brown are applied to the metal plate of the dial which
gives its depth, and its uniqueness to the colour of the Copper Brown. 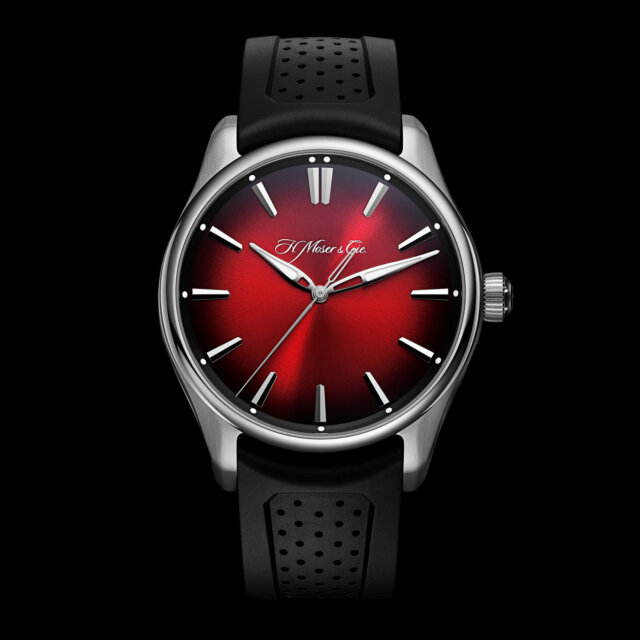