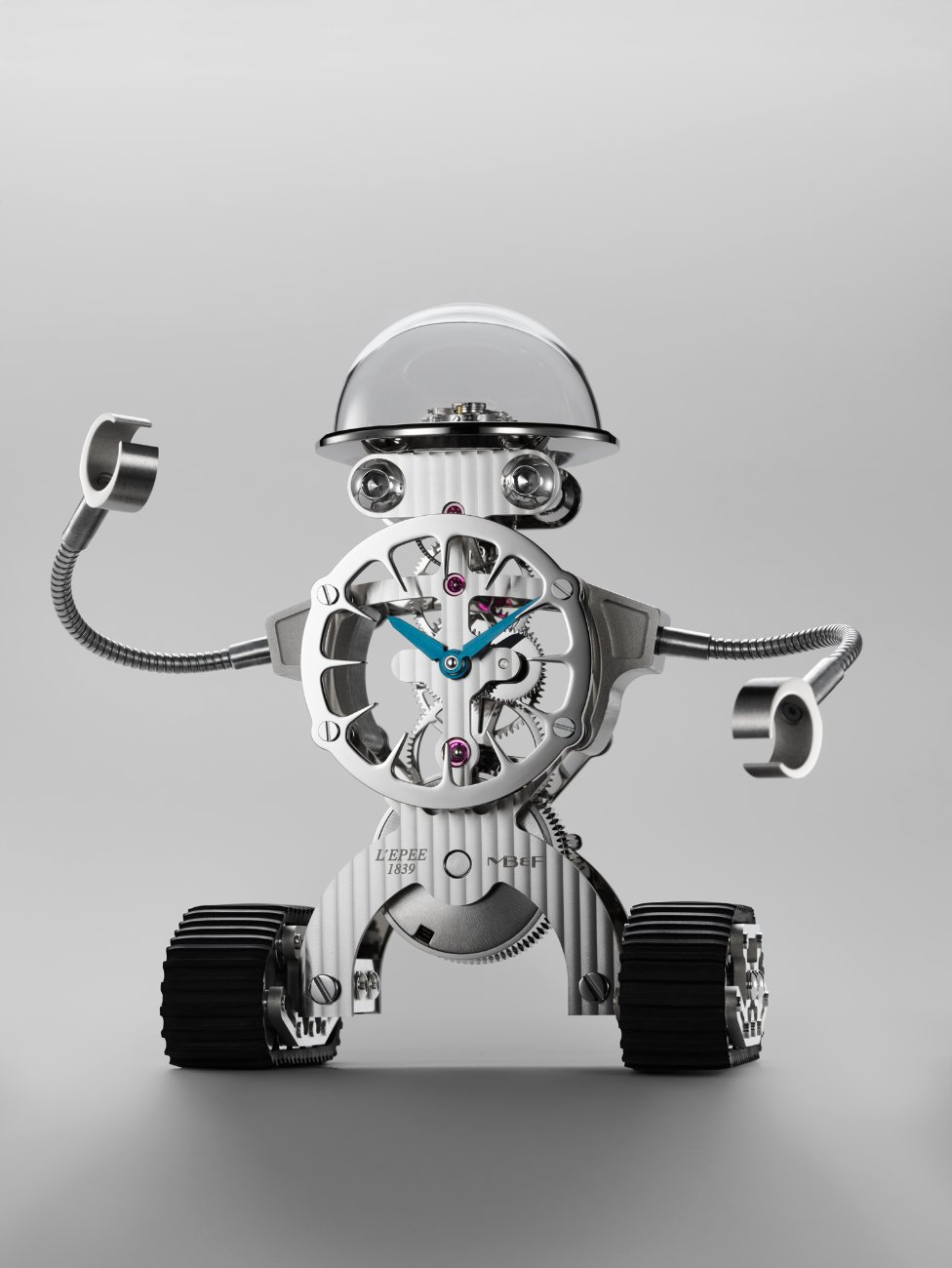 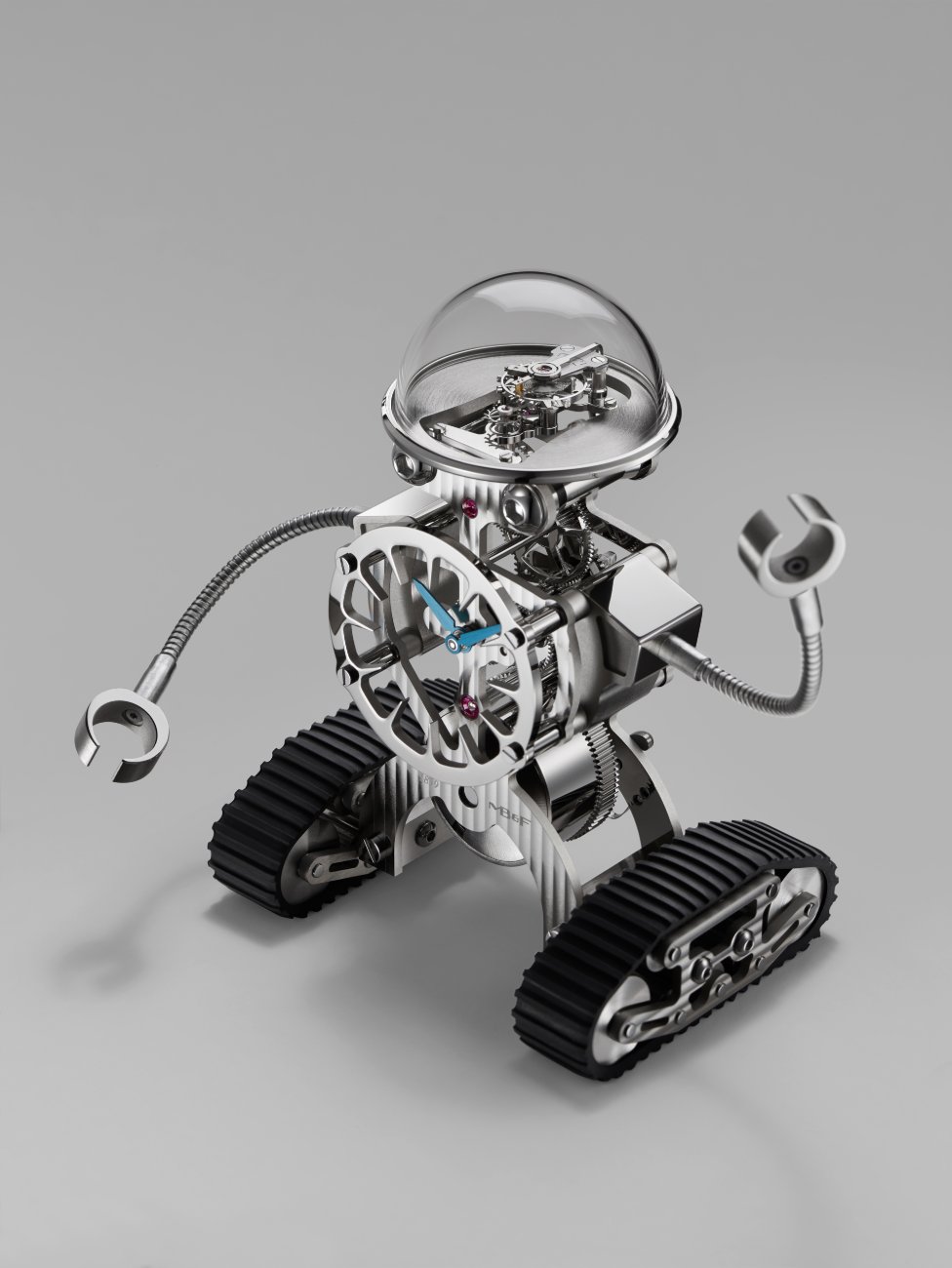 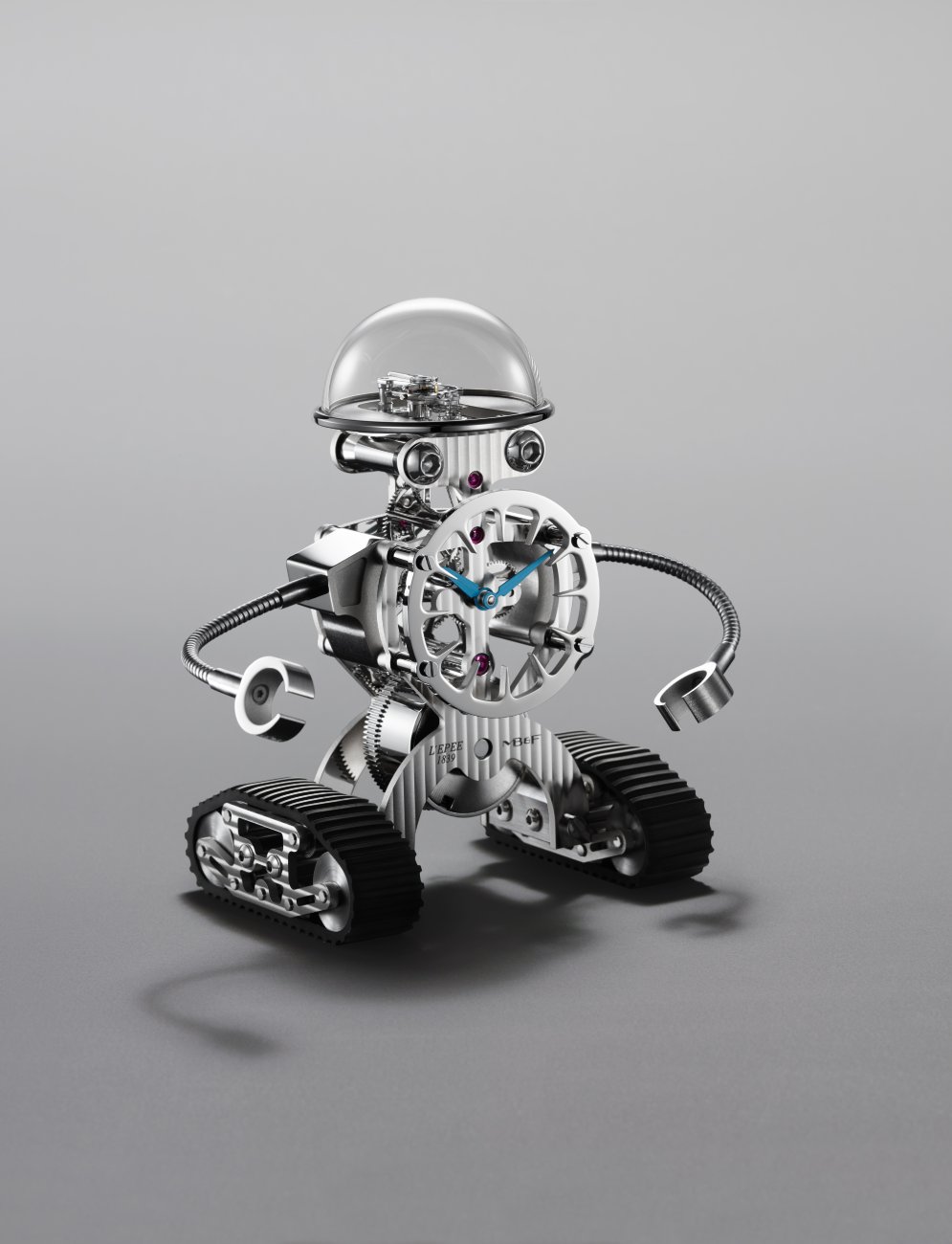 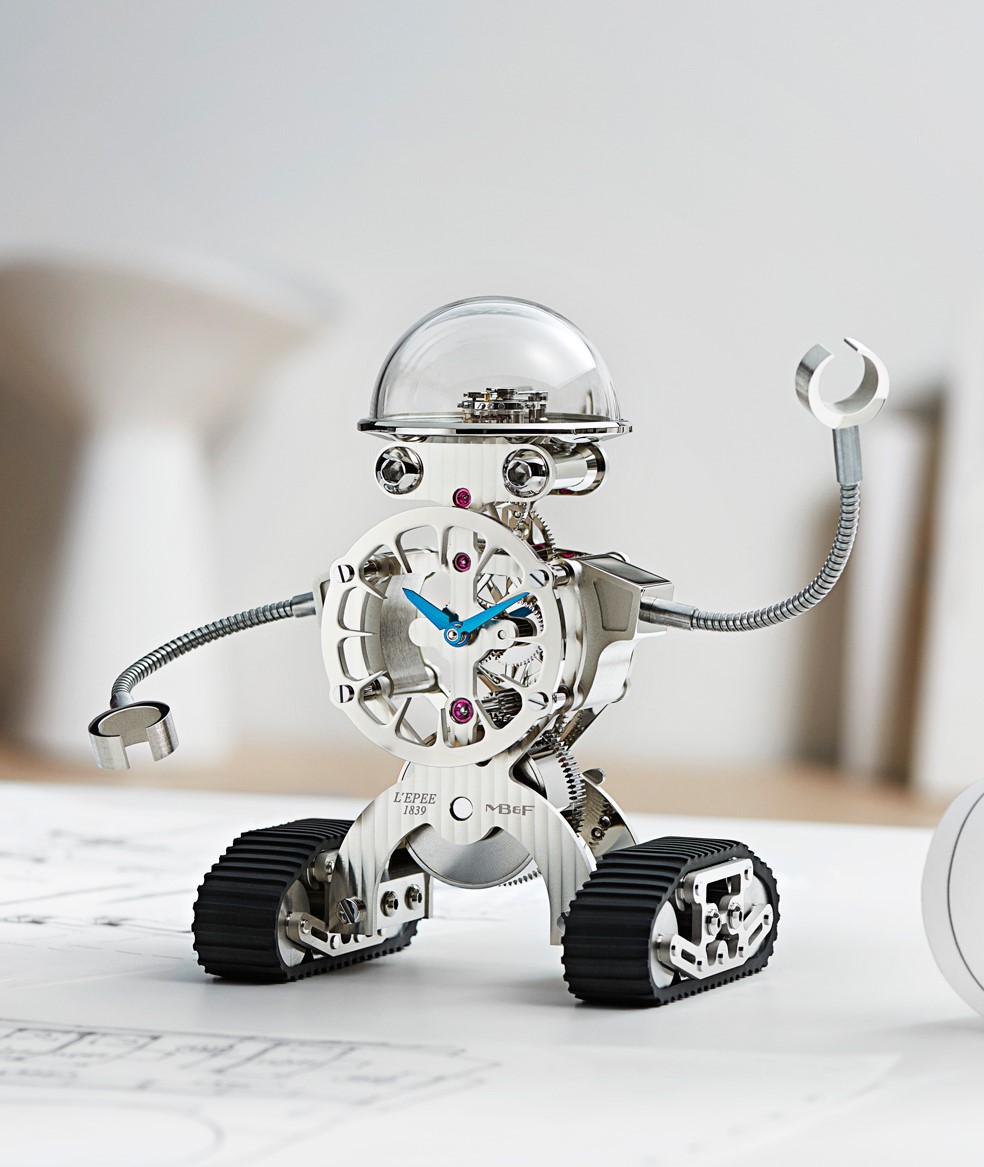 In fact, Sherman really only does two things, but he does both extremely well.

Sherman tells the time. And Sherman makes people smile, which is probably the world’s most useful and (emotionally) valuable complication. That’s a superpower!

Conceived and developed by MB&F and engineered and crafted by L’Epée 1839 – Switzerland’s only specialised high-end clock manufacture – Sherman is the result of Maximilian Büsser’s on-going quest to revisit his childhood, during which he hankered for a robot friend.

Sherman’s mechanics are based on a L’Epée 1839 in-line eight-day movement, which ensures that the friendly tank-treaded table clock can display the correct time on his chest for more than a week before requiring rewinding.

But Sherman is not simply a clock inside a robot, but an integral and holistic robot-clock. The mainspring barrel bridge extends down to support his tracks, movement spacers act as shoulders for the arms, and his eyes are bolt heads supporting the regulator. The movement plates and bridges of the clock also make up the skeleton and body of the robot.

The transparent blown mineral glass dome on Sherman’s head reveals his mechanical brain, which is actually the regulator controlling the precision of the robot’s time. It’s mesmerising to watch the little guy “think”. 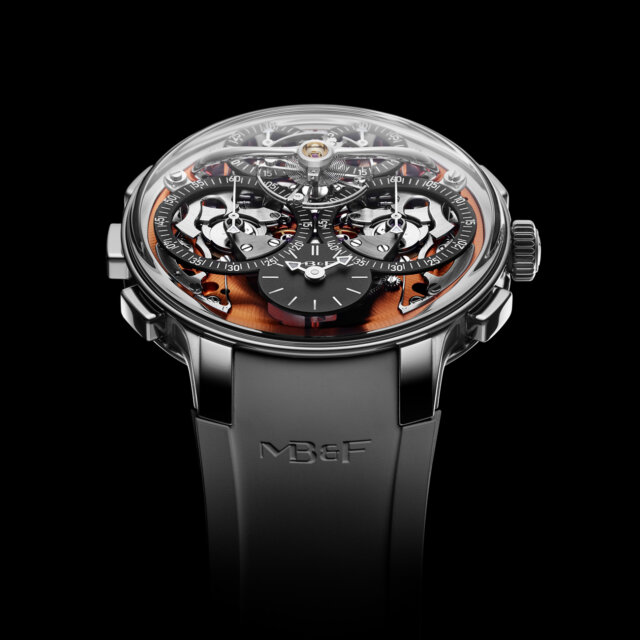