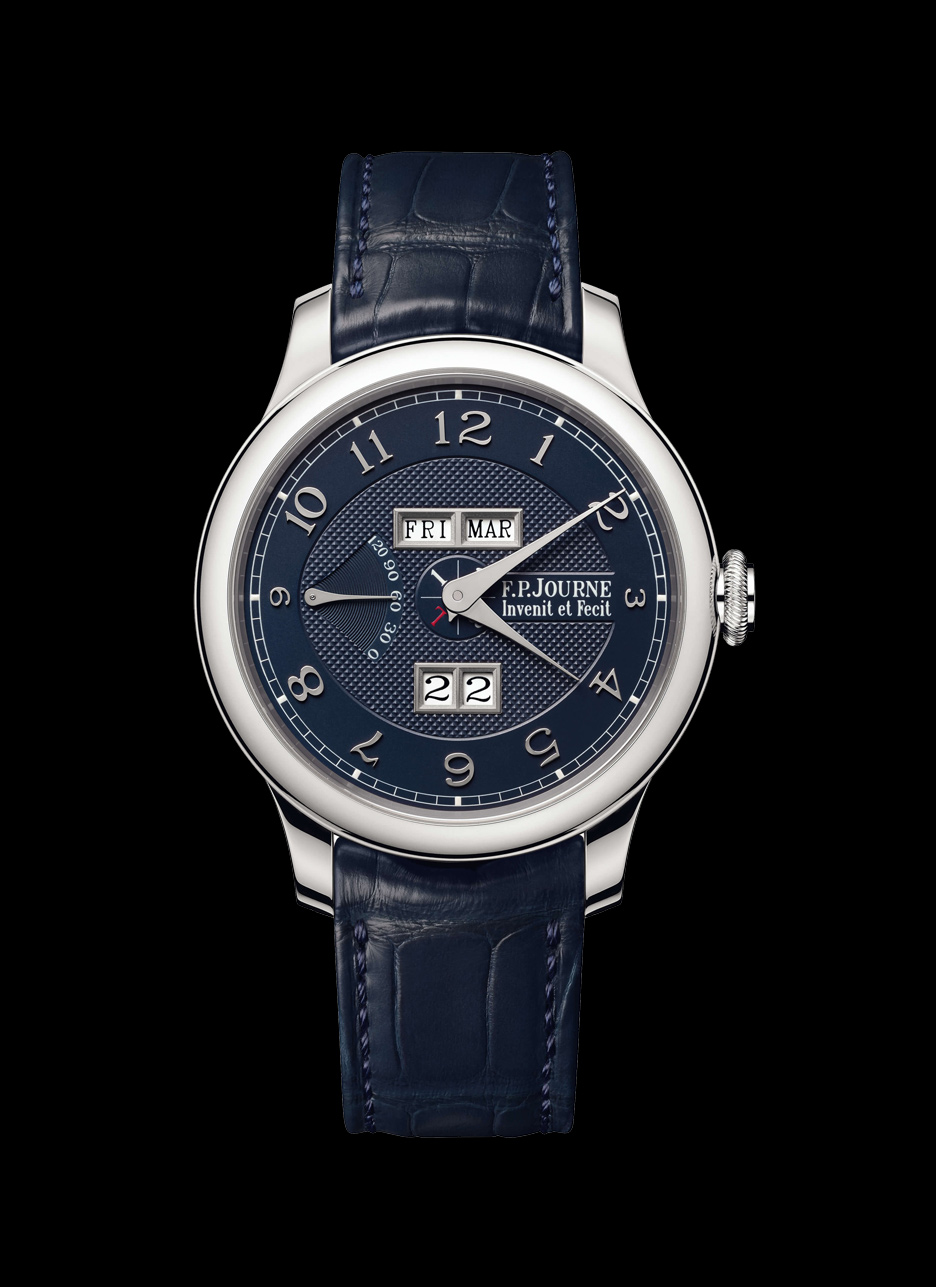 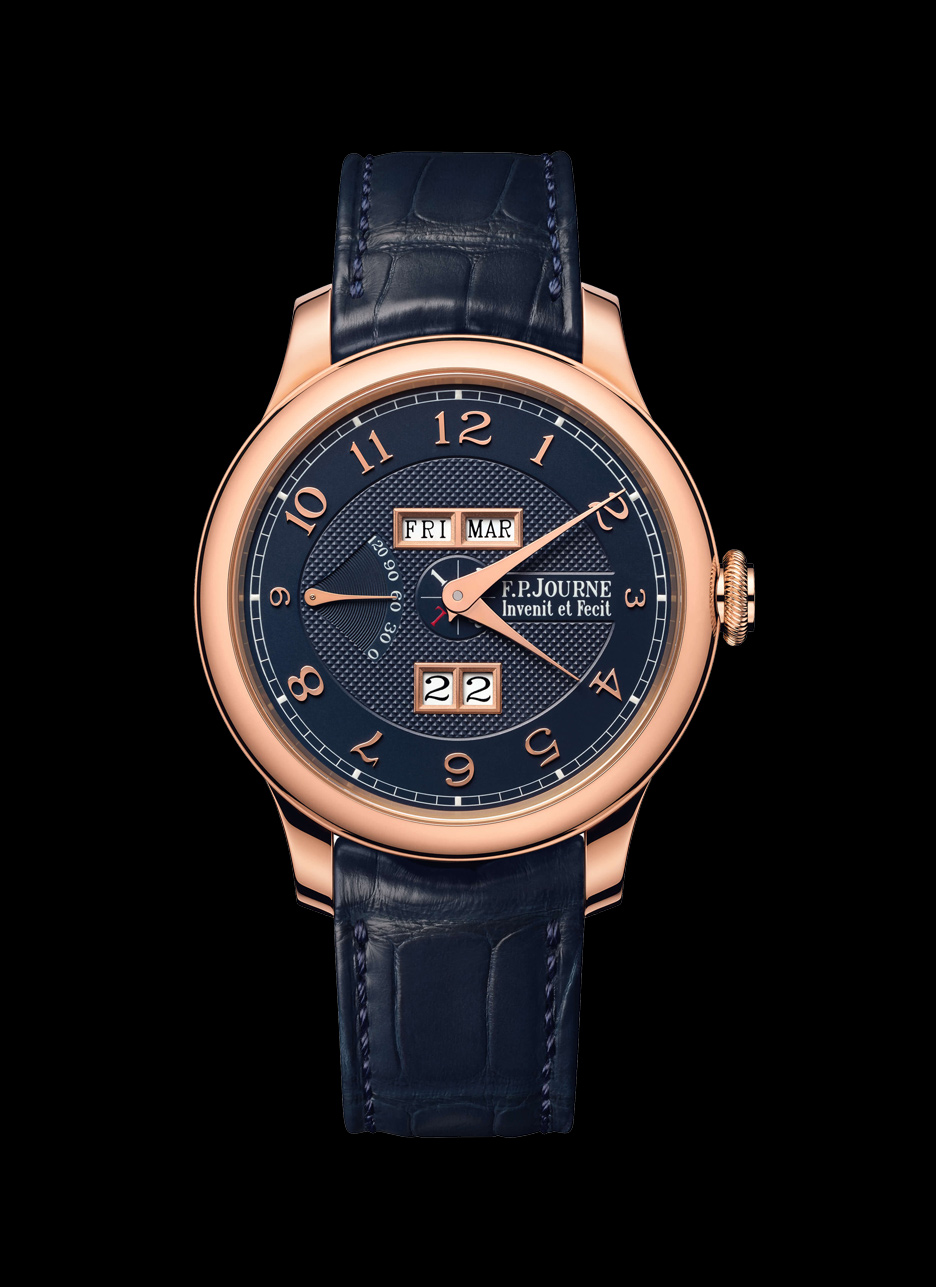 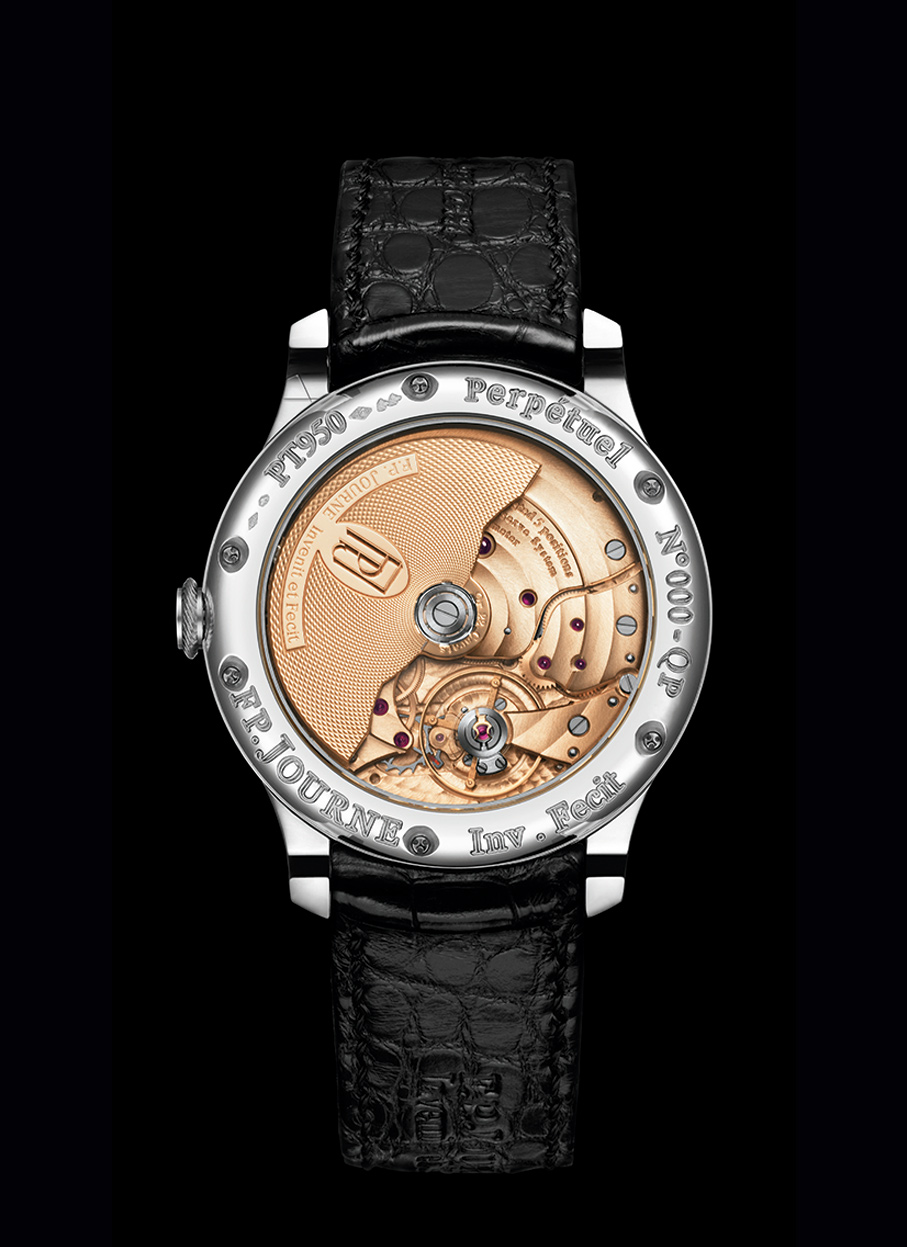 the new F.P. Journe Quantième Perpétuel Blue with instantaneous jump presents a distinctive aesthetic compared to all existing perpetual calendars in offering perfect readability through an uncluttered dial with large apertures: two for the day and month calendar, and a large date in two windows, a specificity of F.P. Journe watches. The instantaneous jump is reinforced by an ingenious F.P. Journe system designed to accumulate energy and release it instantaneously when the date, day or month changes; and then slow it down at the end of its route.

The automatic winding movement of the Quantième Perpétuel by F.P. Journe Invenit et Fecit is manufactured in 18K rose Gold, like that of
all the brand’s precision chronmometers. It is constructed on the basis of the exclusive Octa calibre 1300.3, with an identical calibre leaving
room to insert all the complications of the Octa line. It also features the exclusive off-centre F.P. Journe rotor in 22K red gold that offers
optimal winding of the watch for an effective power reserve with retrograde indication for over 120 effective hours. It winds the movement in only one direction with an autoblocant ball bearing system (self-blocking). Every infinitesimal movement of the wrist is thus maximally exploited for an optimised winding of the watch.

The Quantieme Perpetuel Blue is only available in our Espace Journe in Milan. 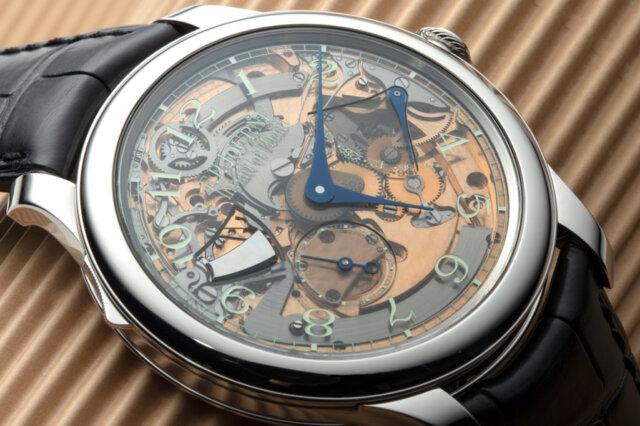 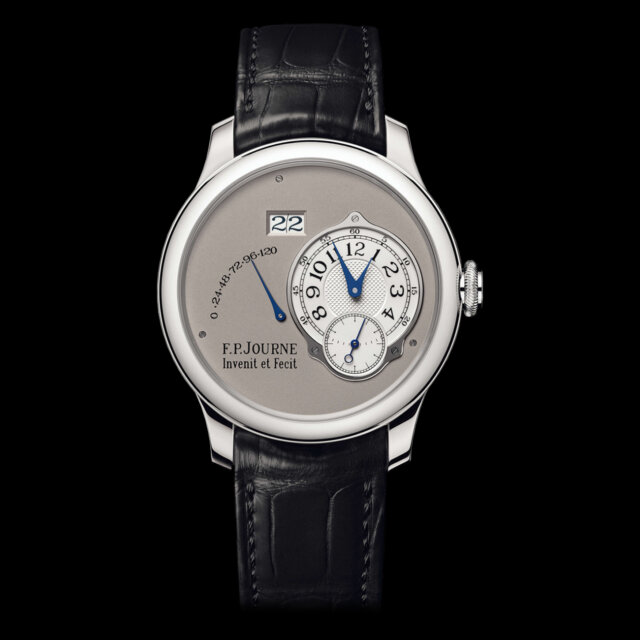 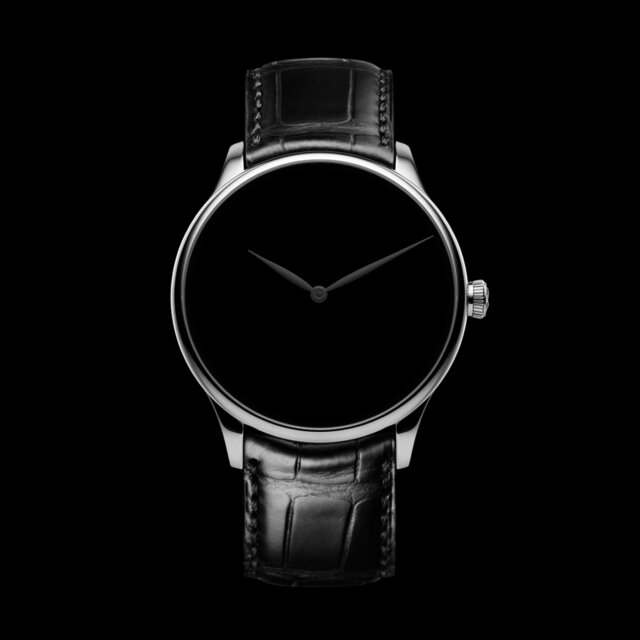