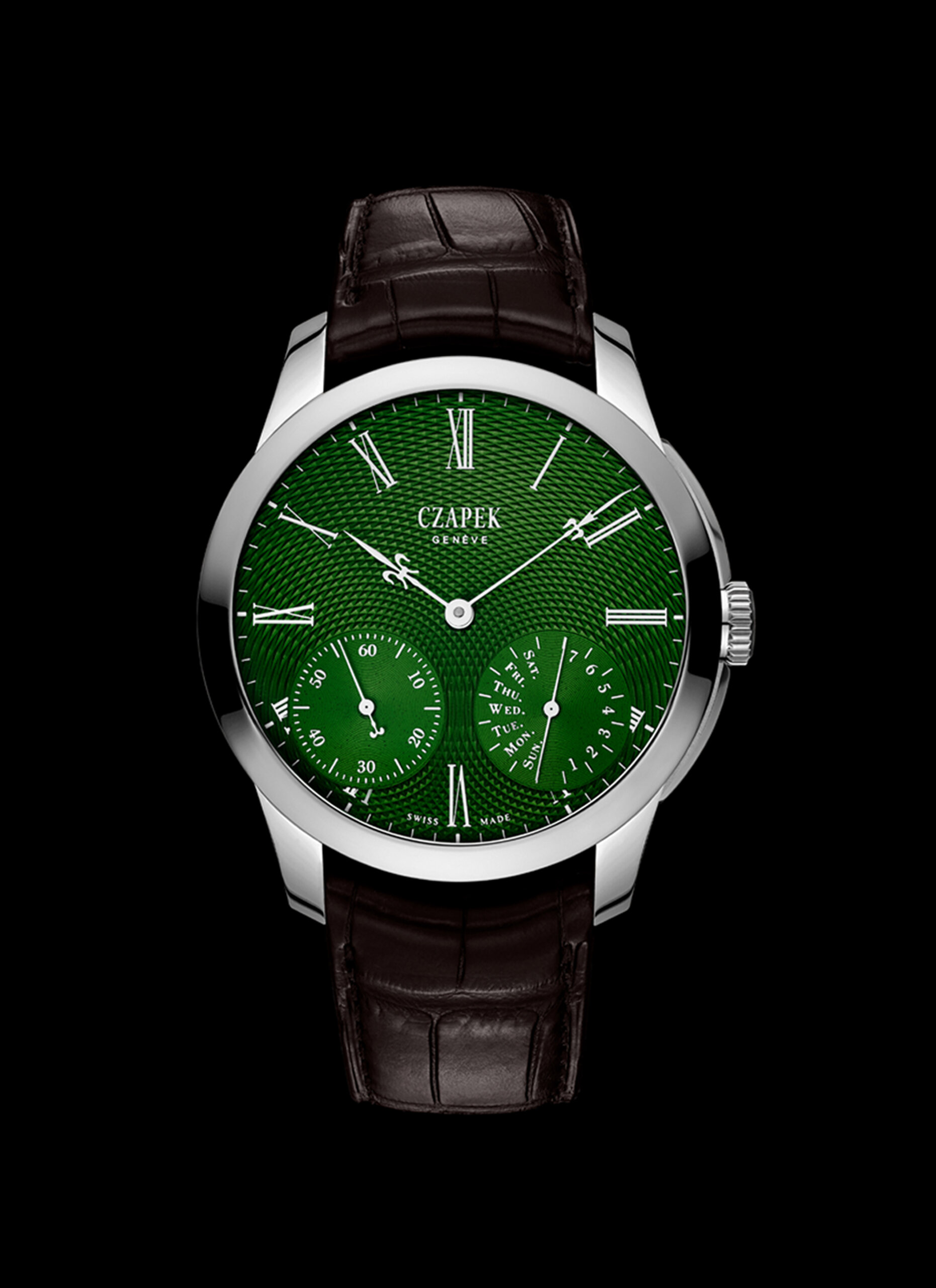 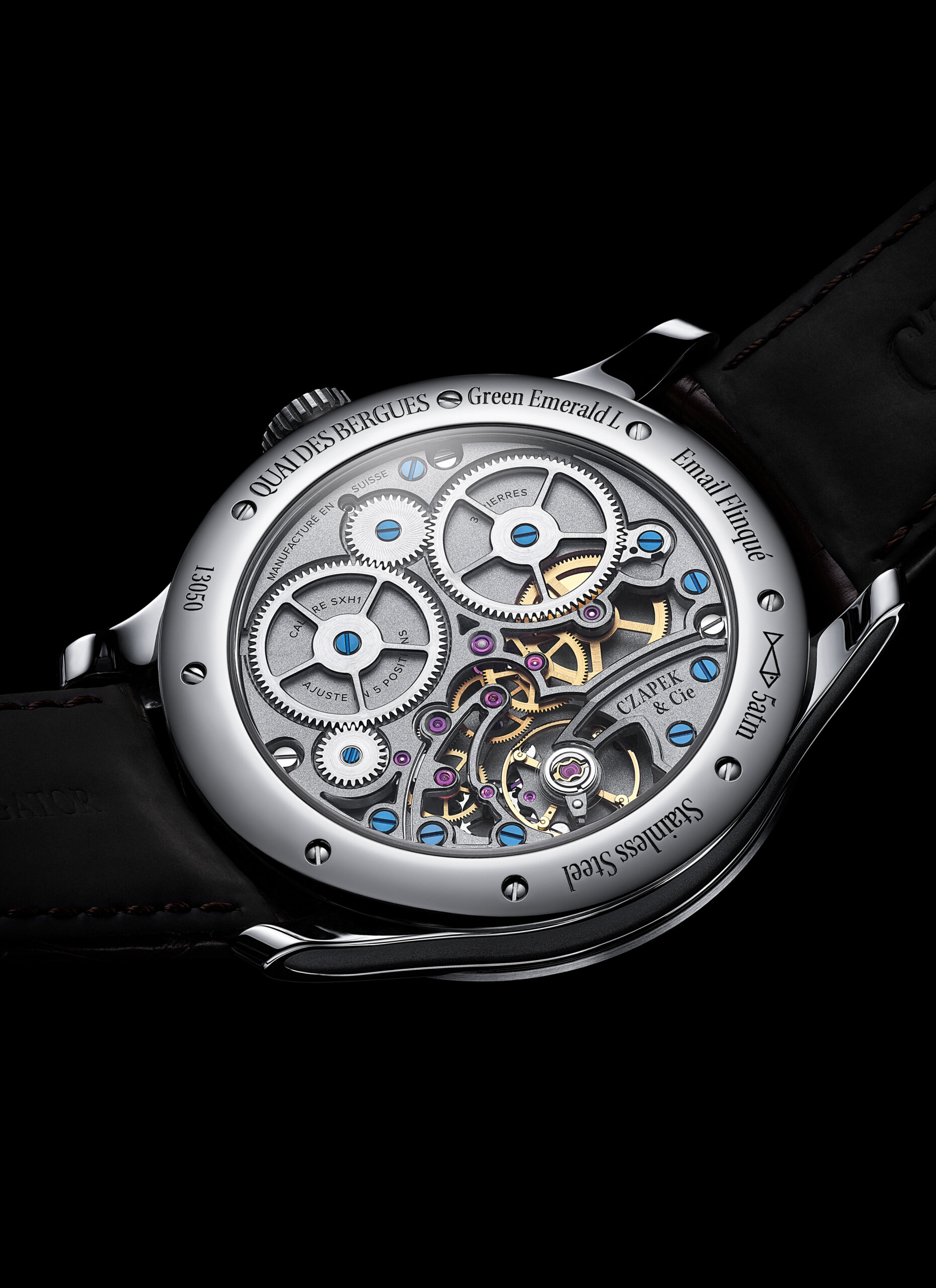 At first glance, the new variants will be familiar. The unique Ricochet pattern in flinqué enamel on the dial is back, but this time in two dazzling colours composed for Czapek by its partner Donzé Cadrans. The Sapphire Blue L has a somewhat dreamy, iridescent, marine hue, exclusive to Czapek and inspired by its predecessor introduced in 2019, the Sapphire Blue S. On the other hand, the deep emerald green tone, close to British racing green, gives the dial an unusual intensity.
There’s more to the new Quai des Bergues than colours, though. The calibre driving the watch, the manually wound, seven-day power reserve SXH1, has been given a careful make-over. “The spirit of the watch has not been touched,” says Czapek CEO Xavier de Roquemaurel, “but we have had a second look at the movement and identified what you might call evolutionary inflection points.” 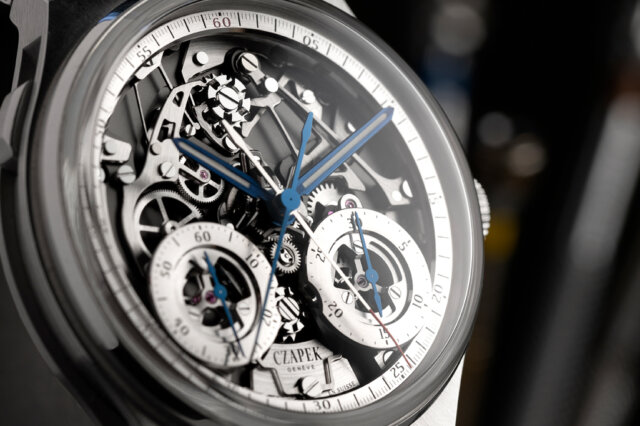 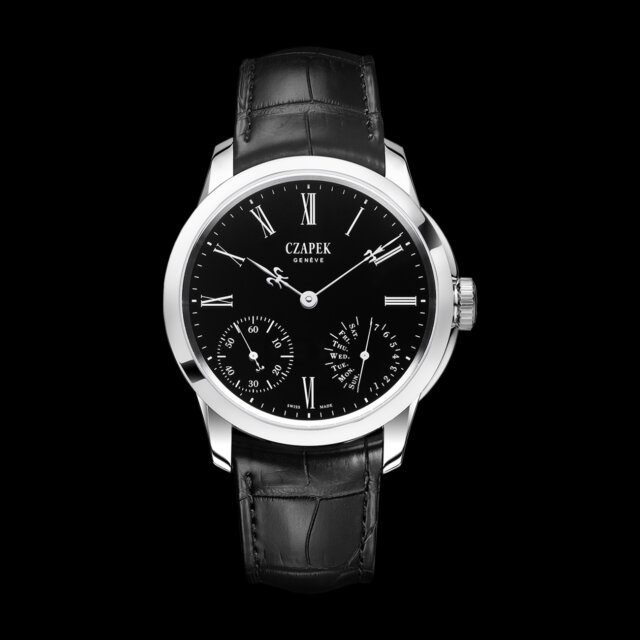