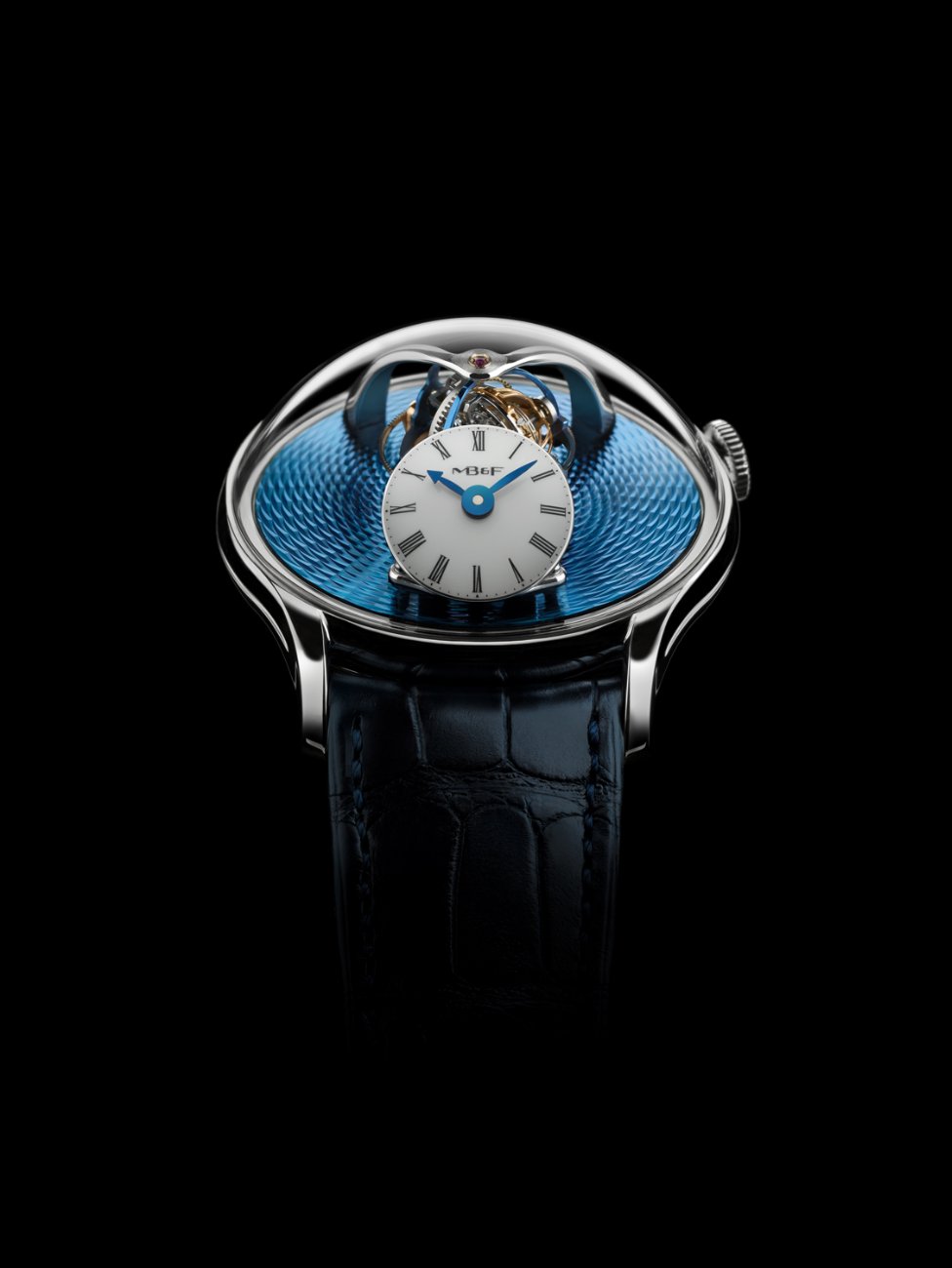 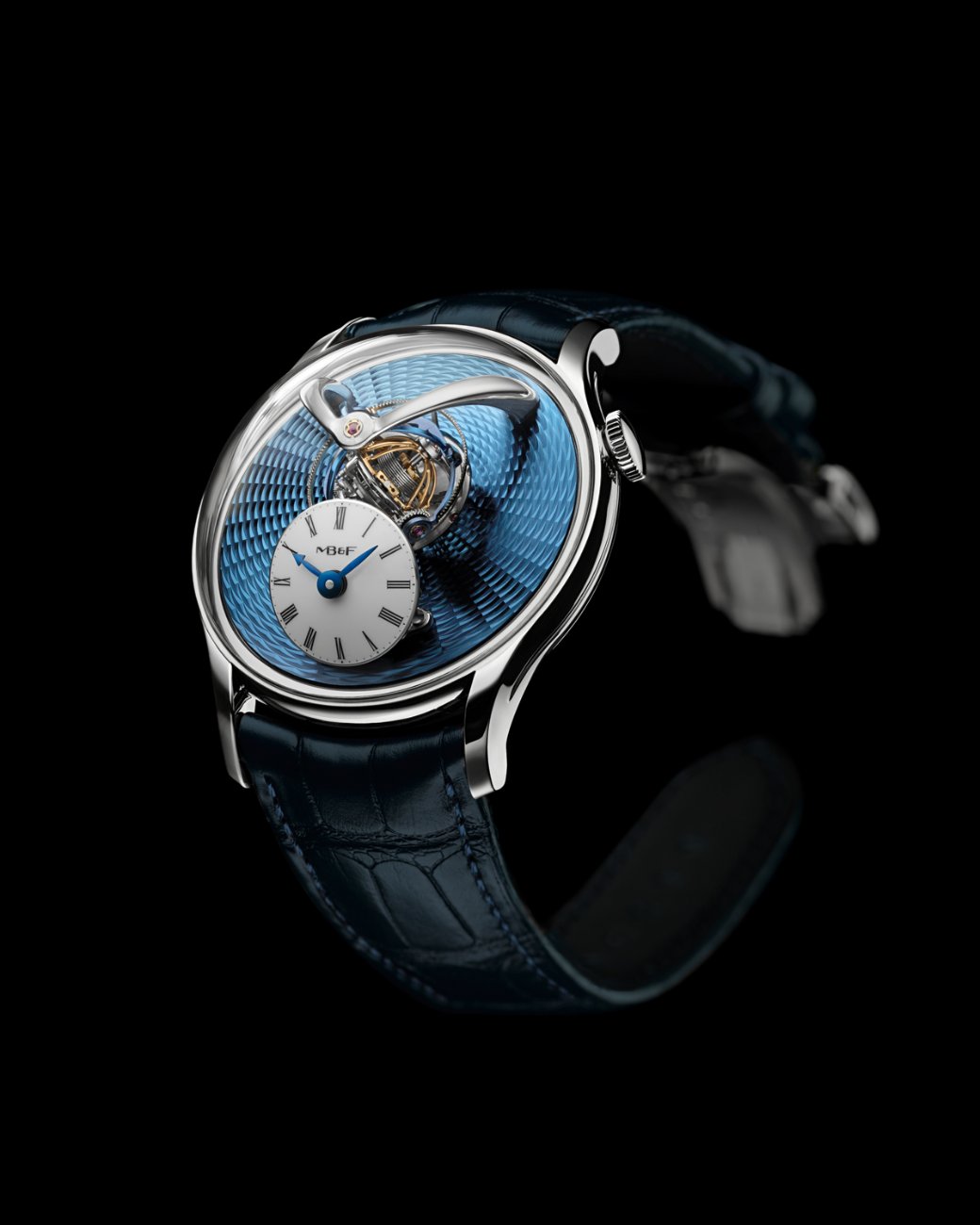 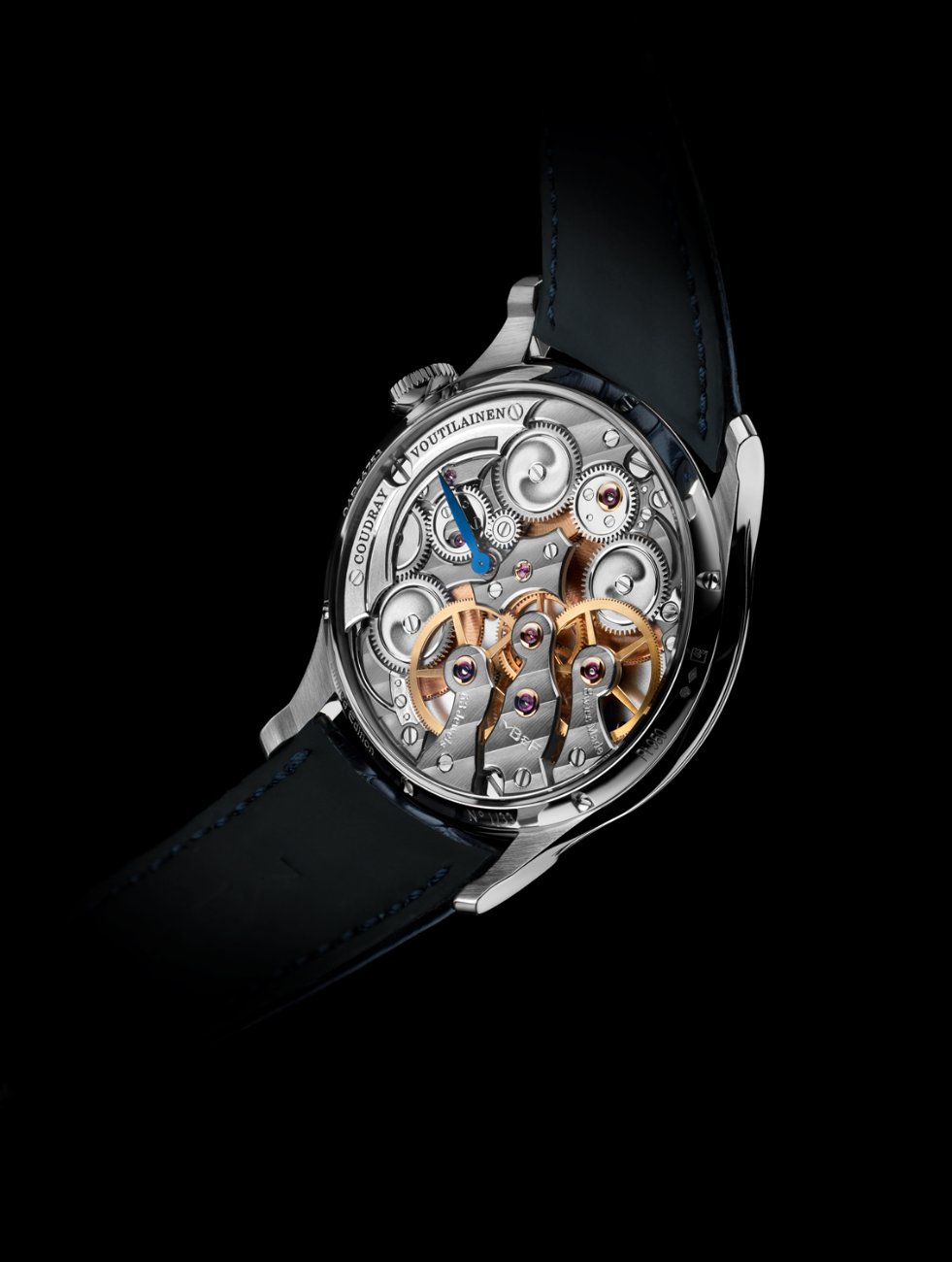 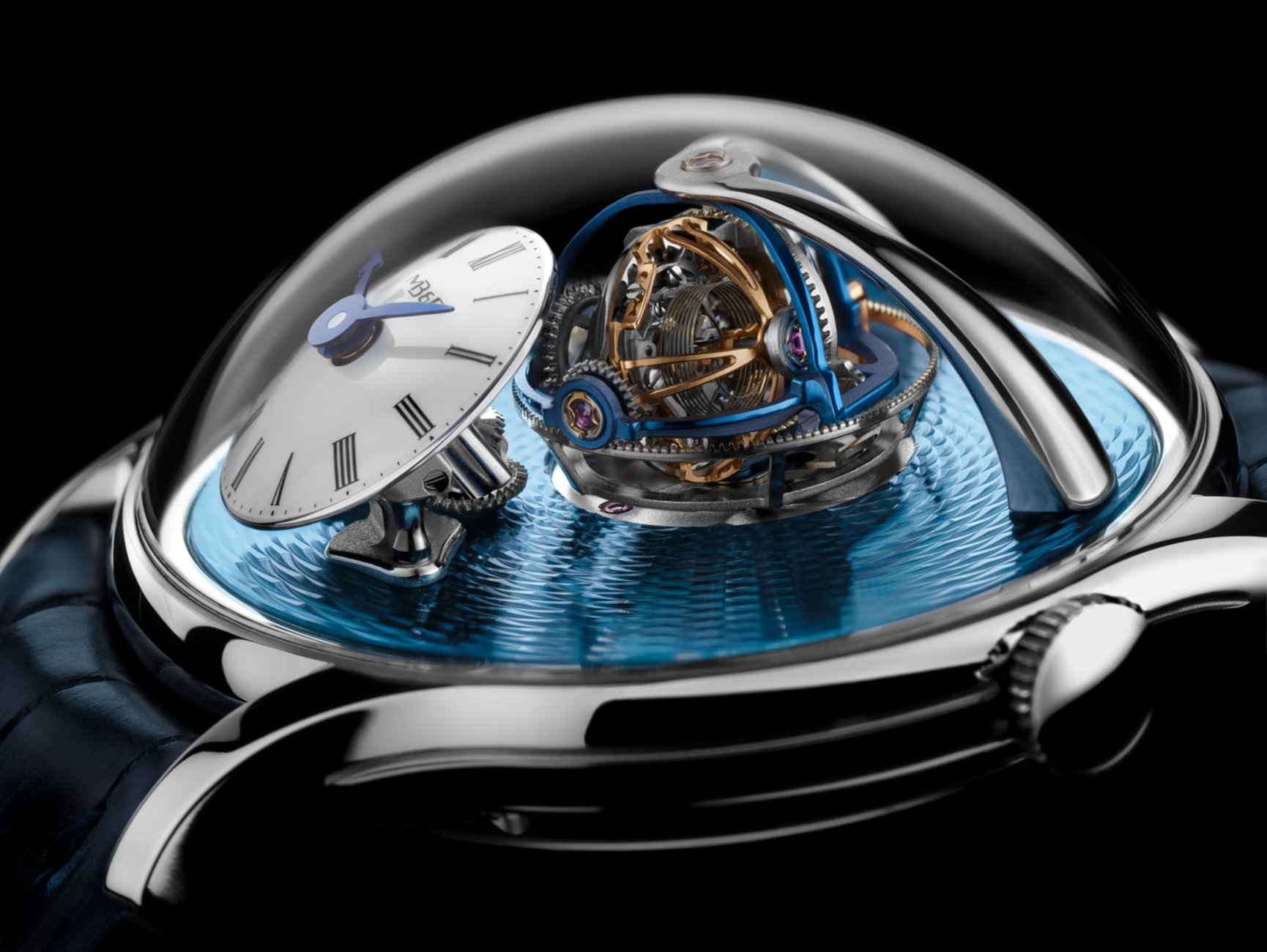 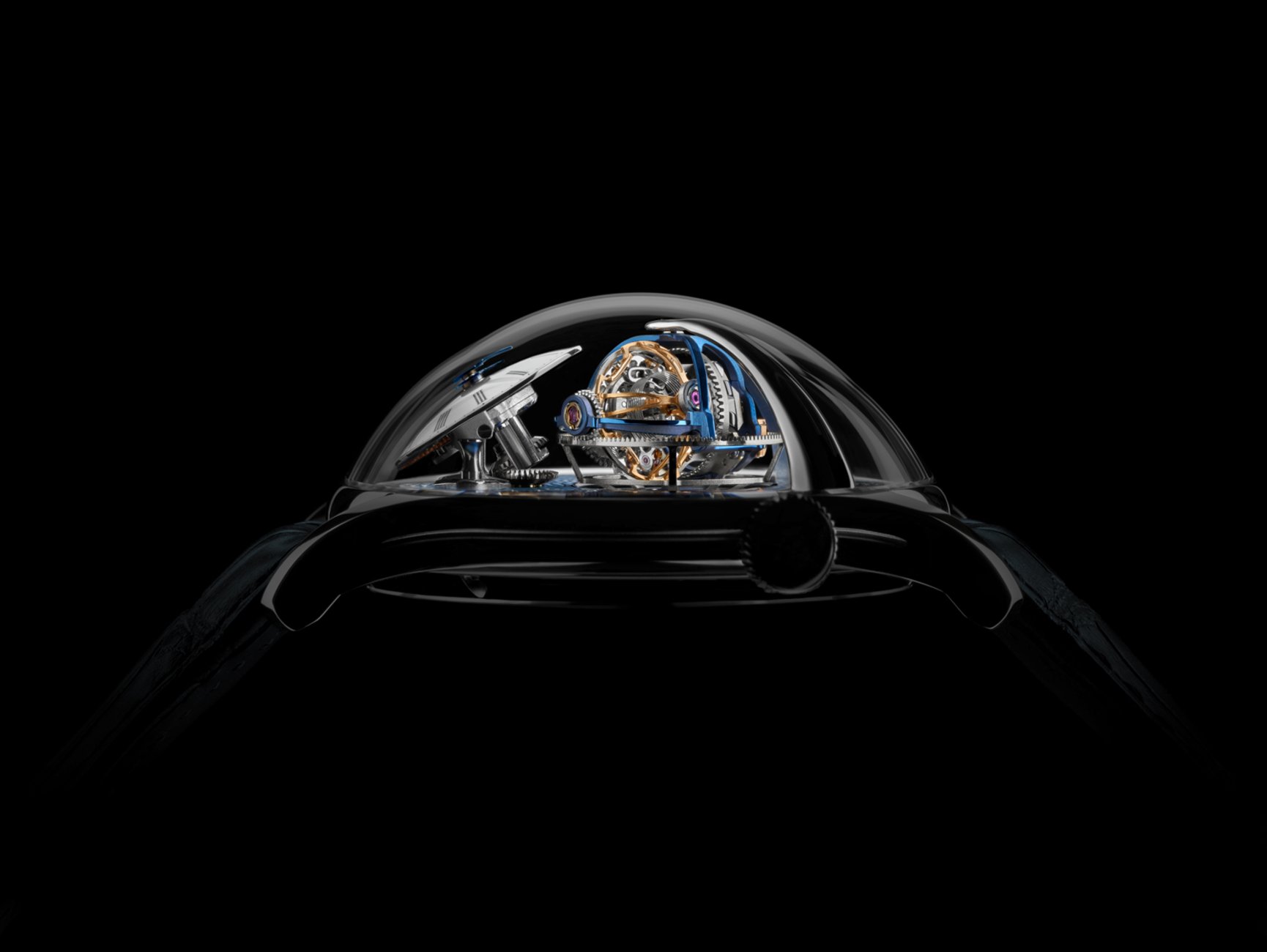 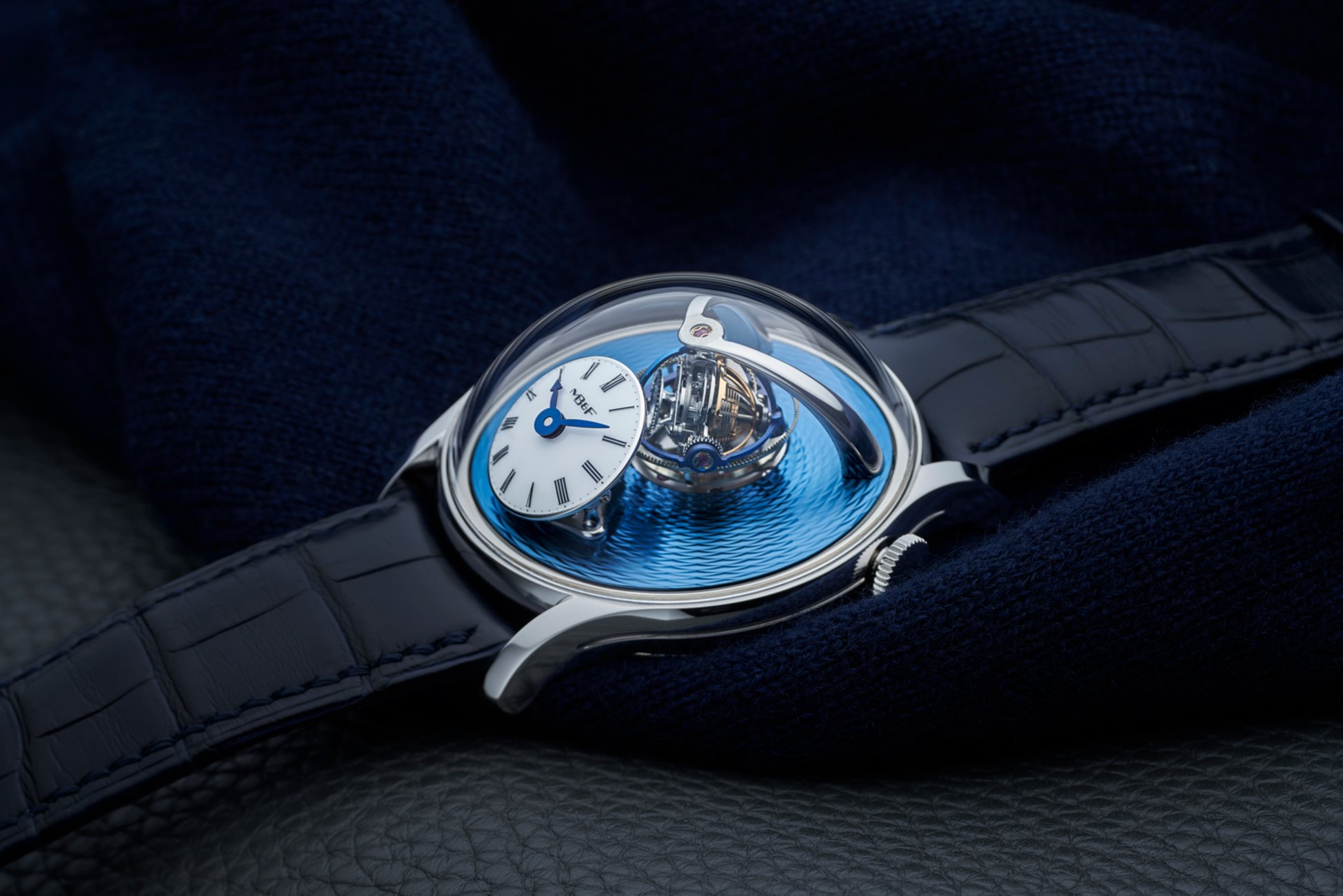 Rising above a sea of blue guillochage is a rotating spherical mass of gears, pinions and cages. Somehow, from this chaos of motion, order is extracted. Time is indicated on an inclined dial of stretched lacquer, proving that even the wildest horological whirlwinds can be tamed into the logic of hours and minutes.

Once taken, such chances can reshape entire landscapes. MB&F’s only directive to Eric Coudray initially was to “make the craziest, most cinematic three-axis tourbillon ever.” Having been given free rein to create, Coudray built something that was entirely new in his experience: a mechanism that goes beyond the tourbillon, the proprietary new MB&F ‘TriAx’.

The new TriAx mechanism, as showcased in Legacy Machine Thunderdome, fulfils MB&F’s directive to Eric Coudray in spectacular fashion. The triple-axis rotating escapement has a stripped-down construction that transgresses both tradition and modern convention. Instead of the rational (and cumbersome) system that associates one cage with each rotational axis, the TriAx defies logic with a three-axis, two-cage configuration that allows for unprecedented visibility of the Thunderdome’s beating, whirling heart.

As difficult as it may be to tear your eyes from the dial-side spectacle, the reverse of the LM Thunderdome engine is equally rewarding. The manual-winding, triple-barrel movement may have been technically conceived by Eric Coudray, but its aesthetics are fully Kari Voutilainen. 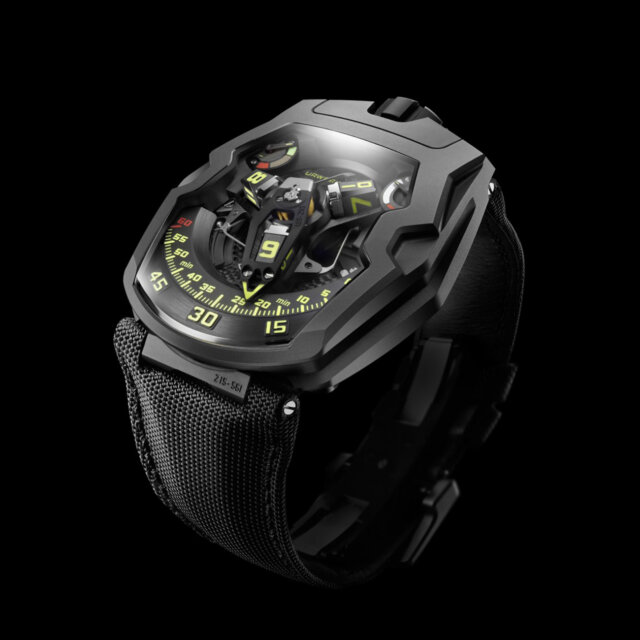