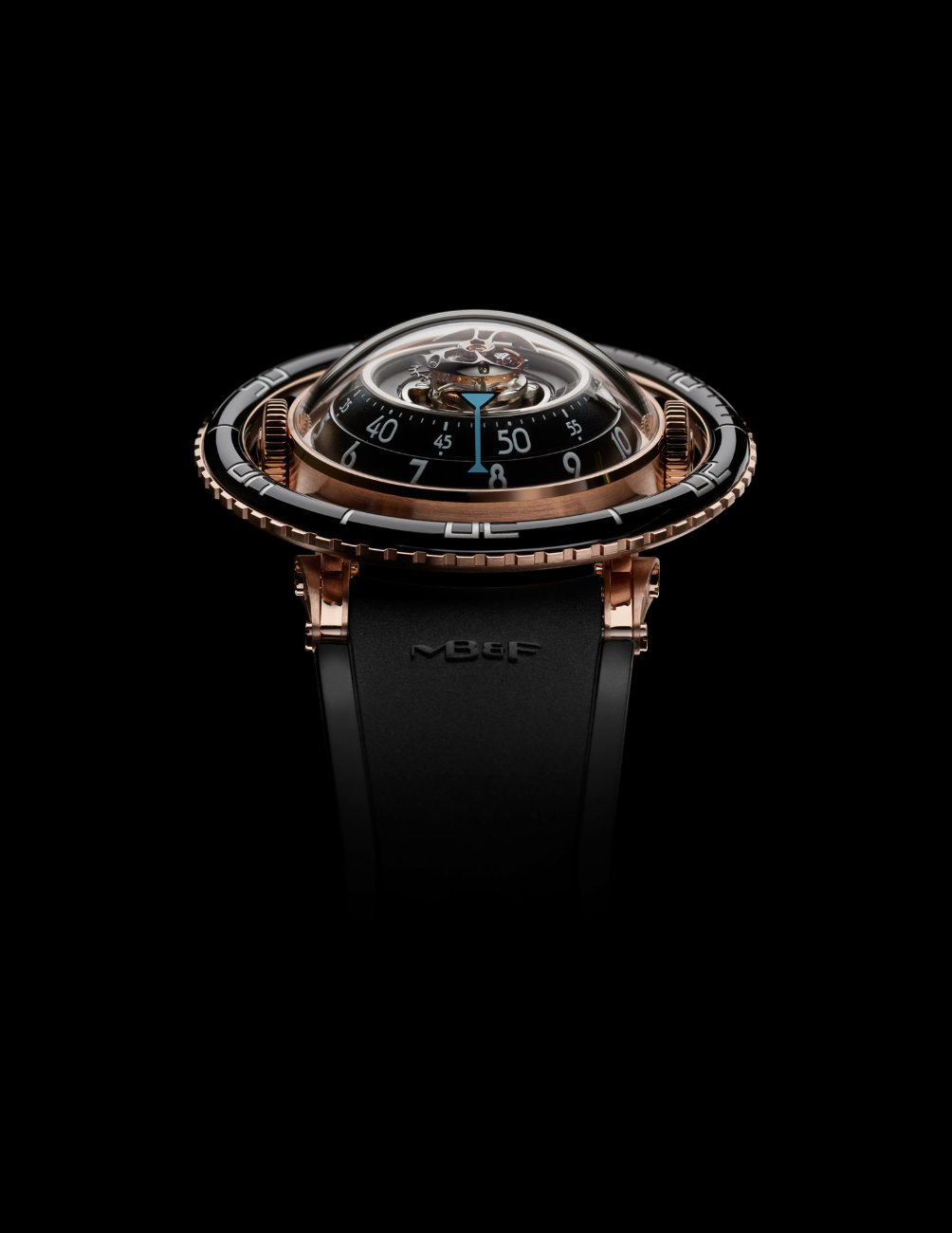 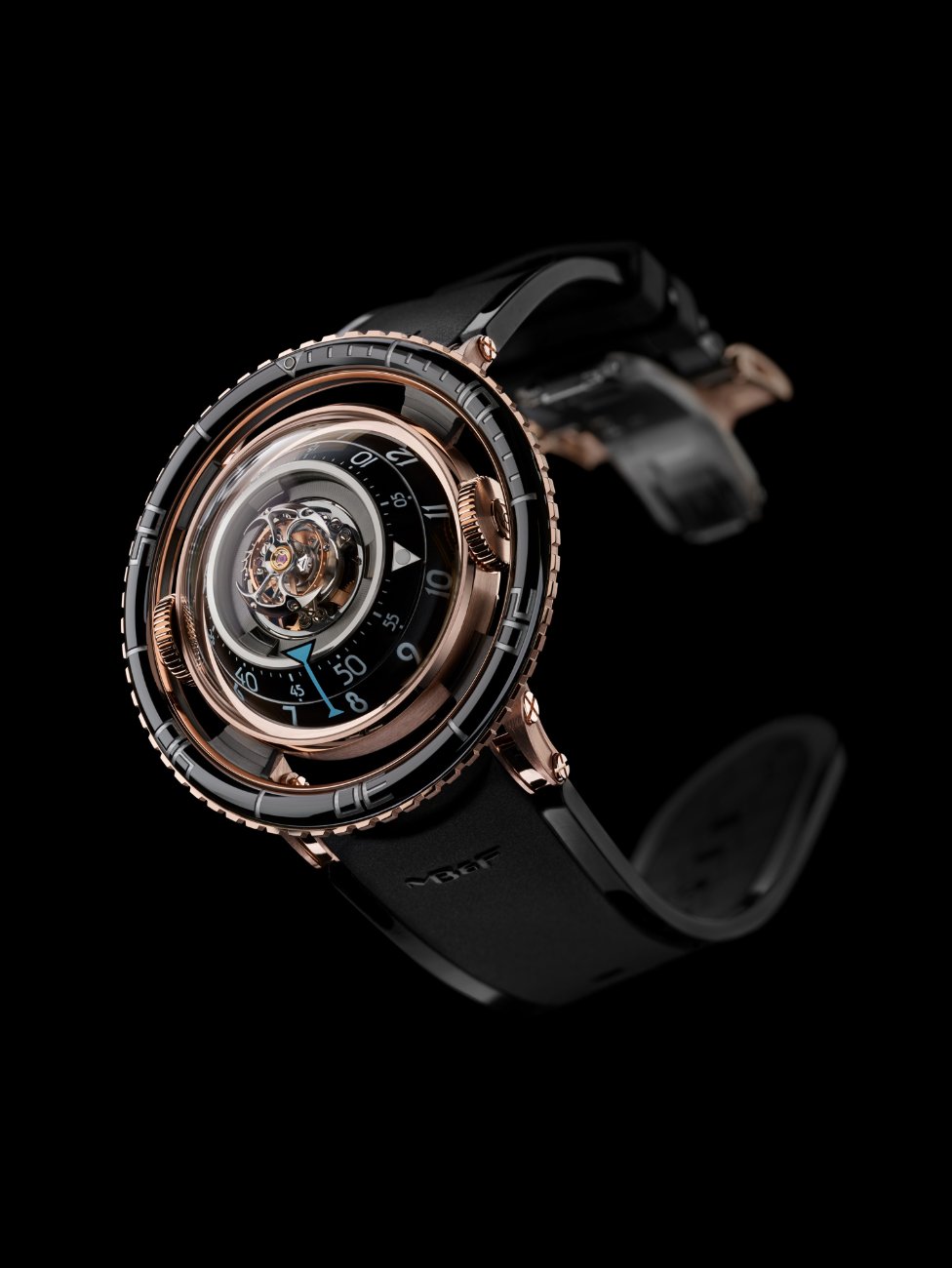 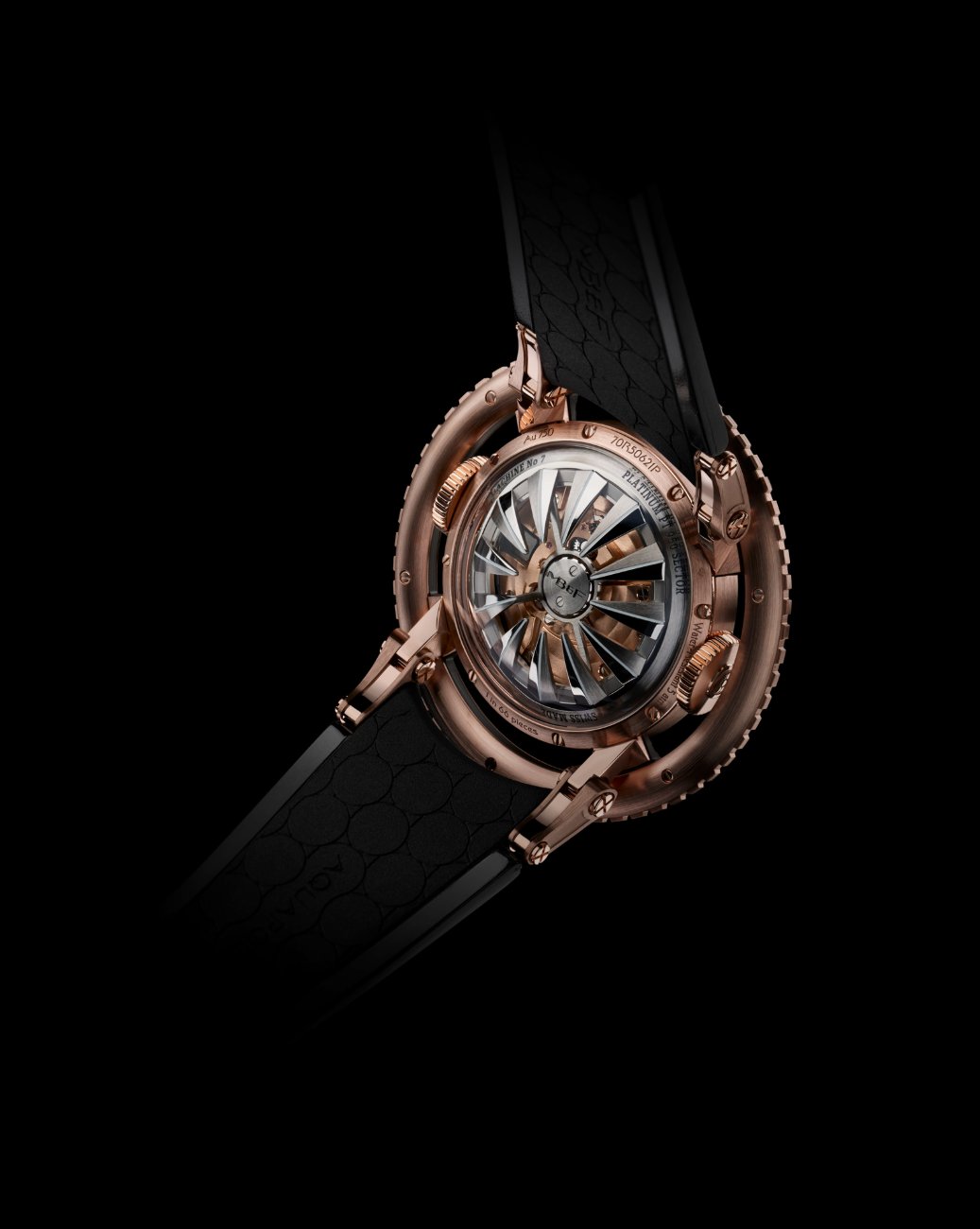 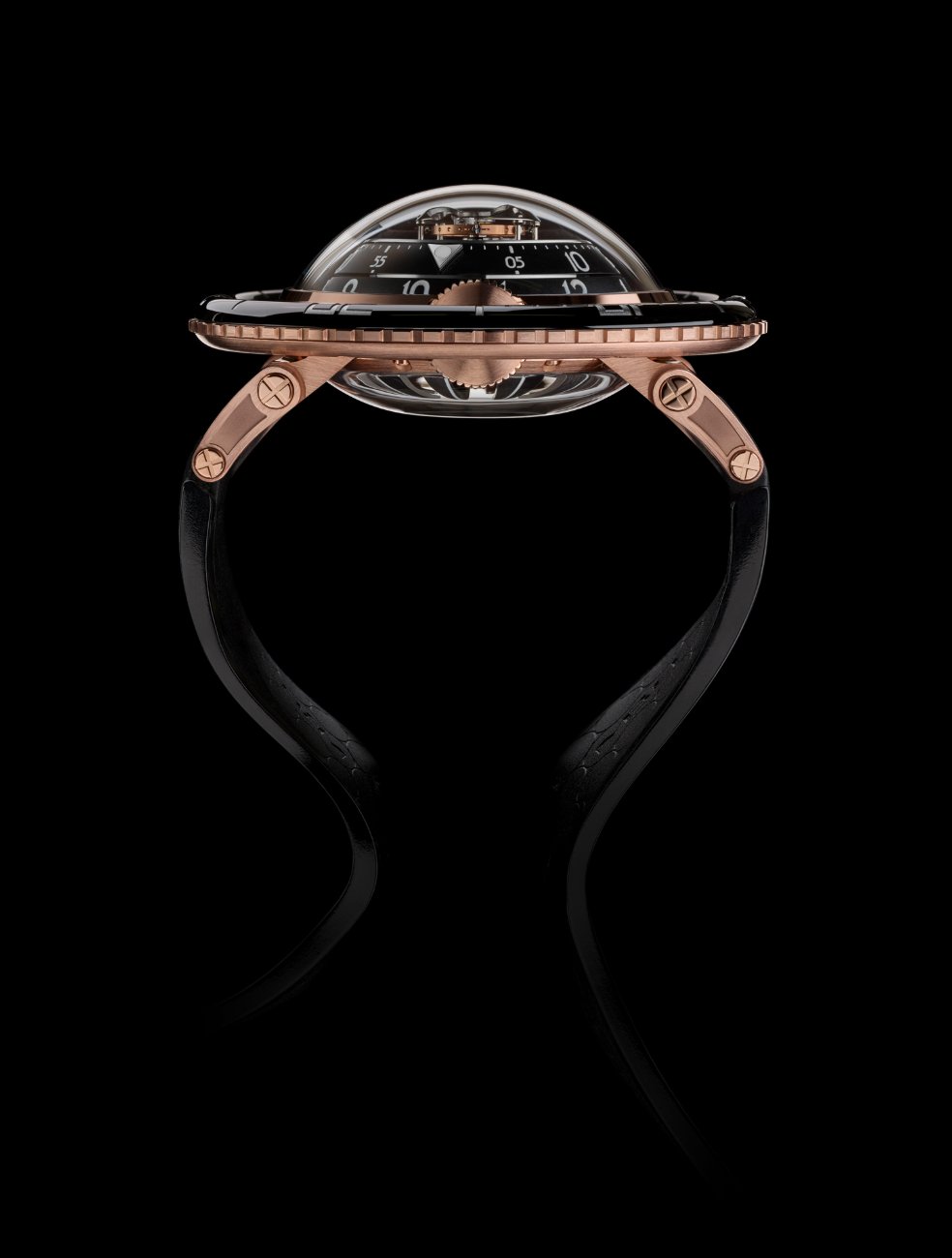 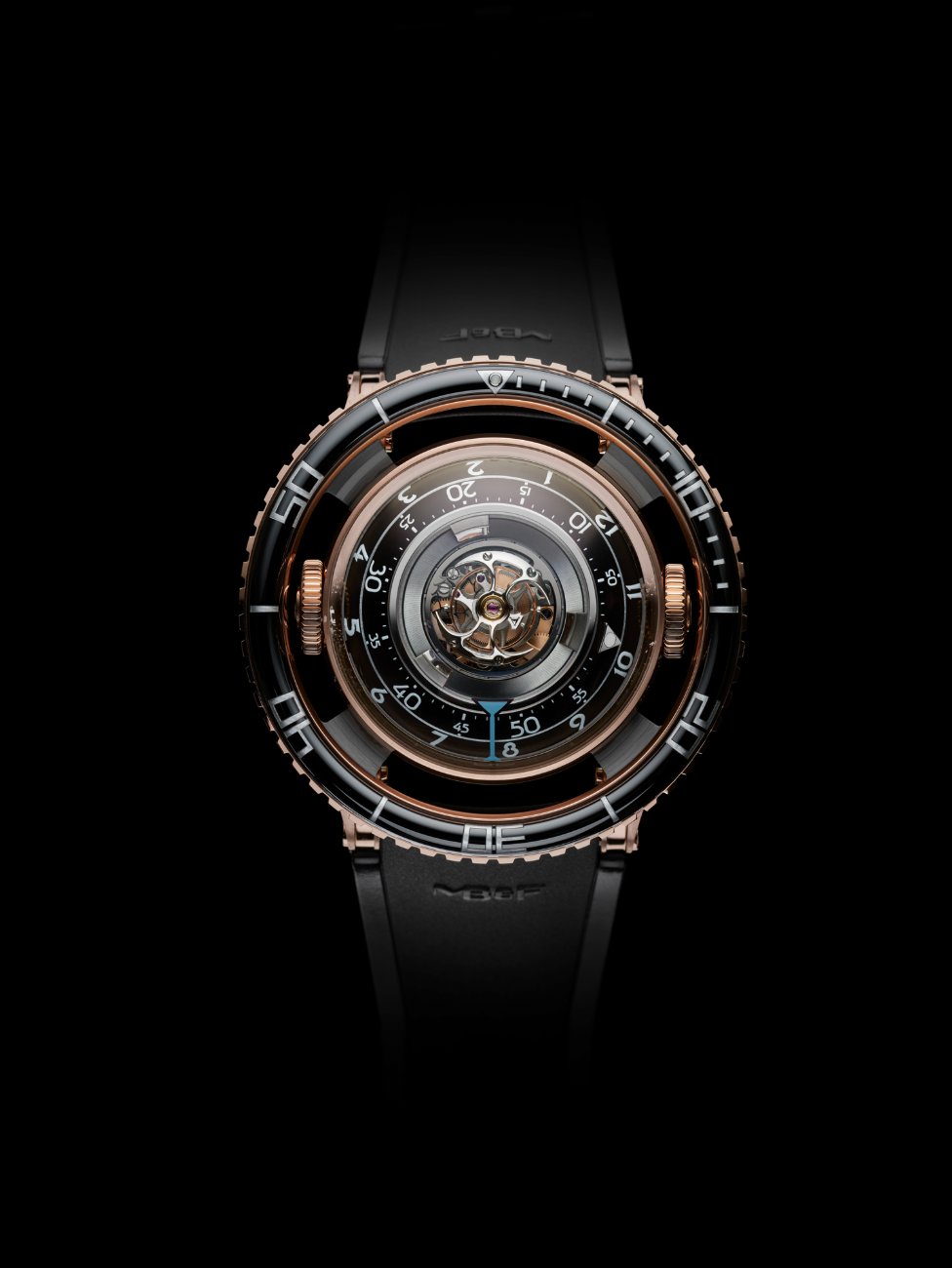 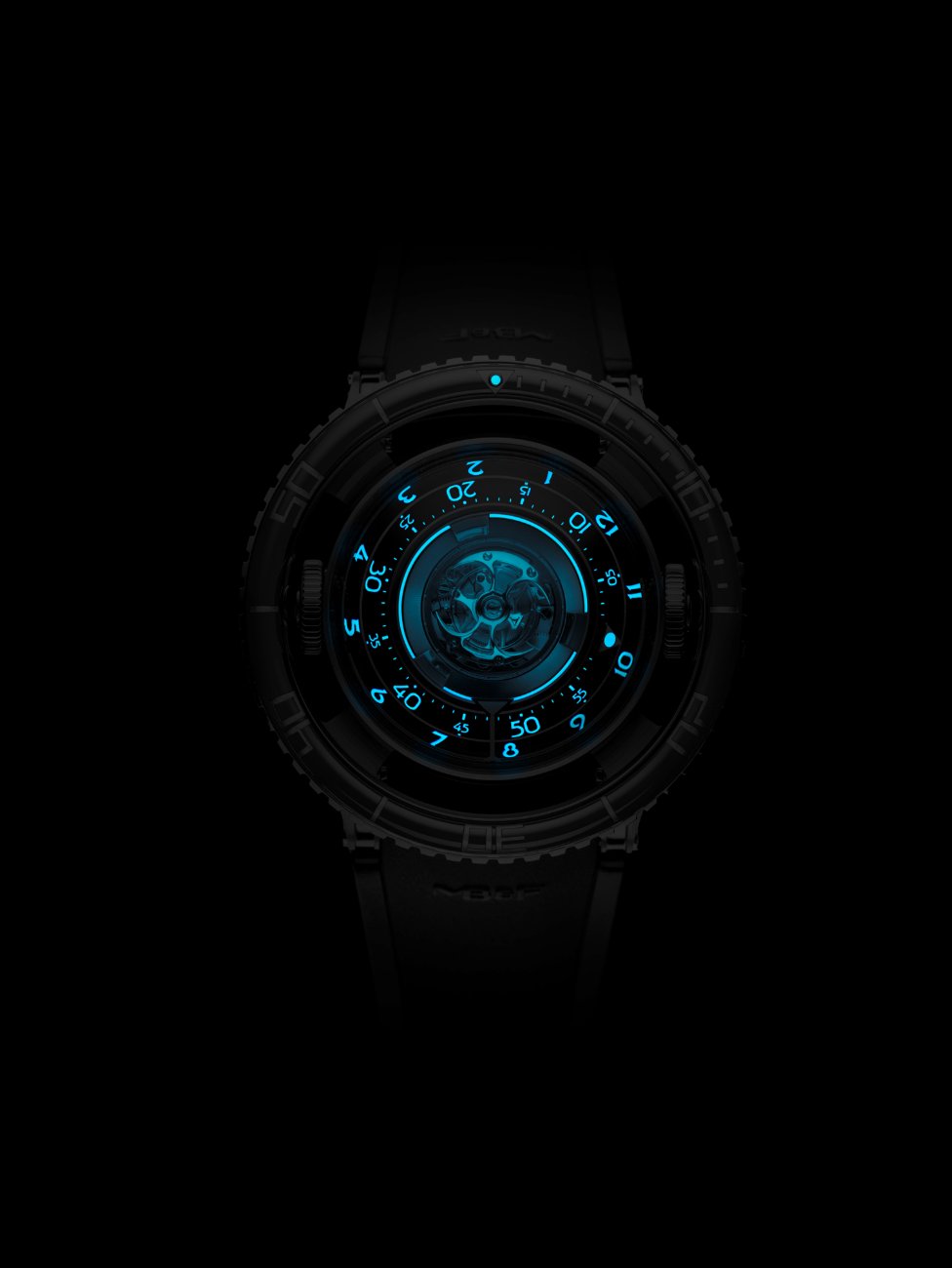 The organic jellyfish-inspired design of HM7 Aquapod is counter-balanced by the very mechanical horology within: a central flying tourbillon tops the concentric vertical movement architecture, with indications radiating out from the centre like ripples in a pond.

The winding rotor’s tentacles are crafted from a solid block of titanium; their very three-dimensional nature makes machining and finishing extremely challenging. Underneath the tentacles, a platinum mass ensures powerful and efficient winding.

And then there’s that bezel. While Horological Machine No.7 is not a dive watch, it is a timepiece comfortably at home in the water – so MB&F added the one element that all serious aquatic watches possess: a unidirectional rotating bezel. However, unlike every other dive watch on the planet, Aquapod’s bezel isn’t attached to the case, but floats apart like a life buoy.