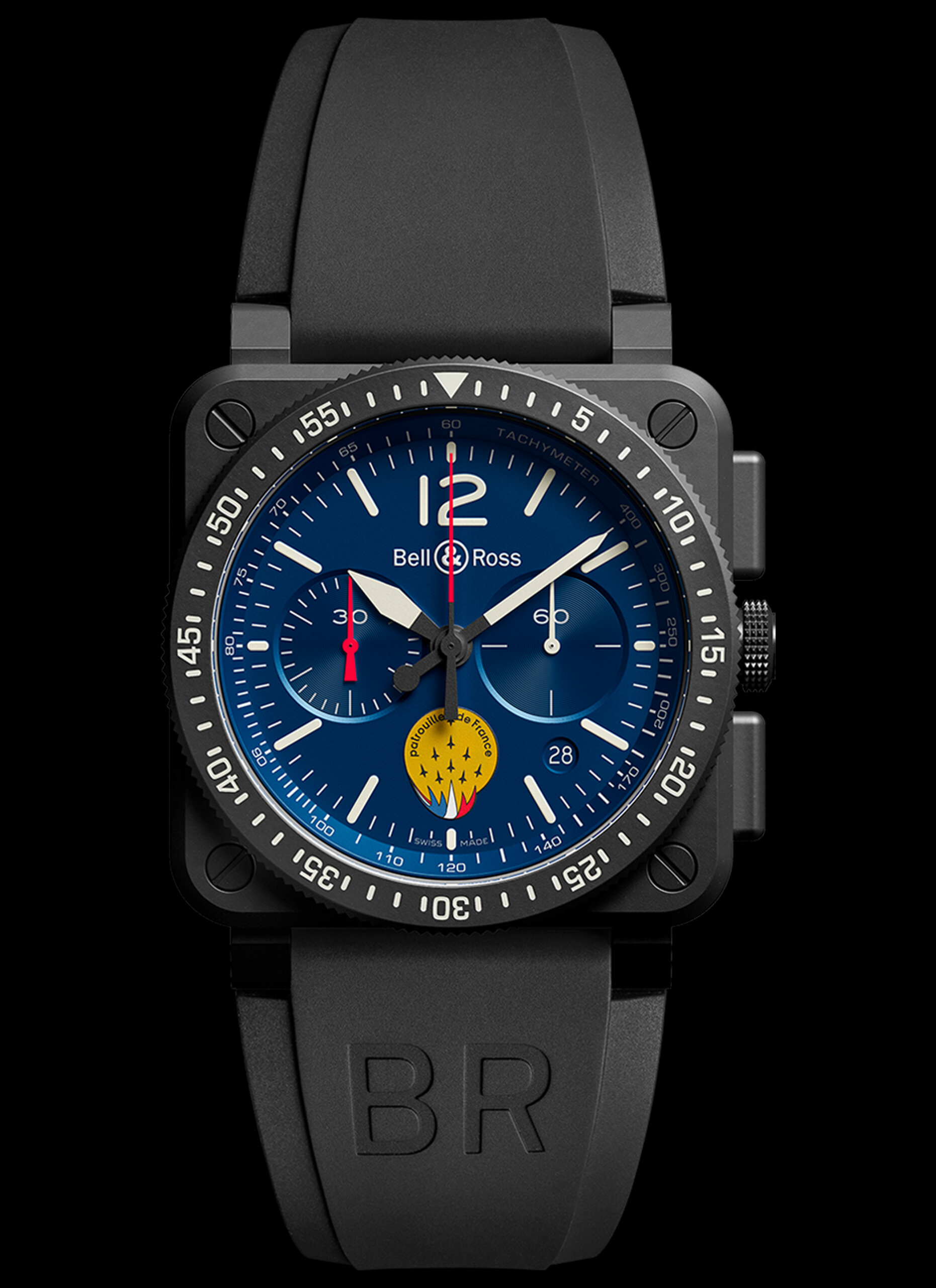 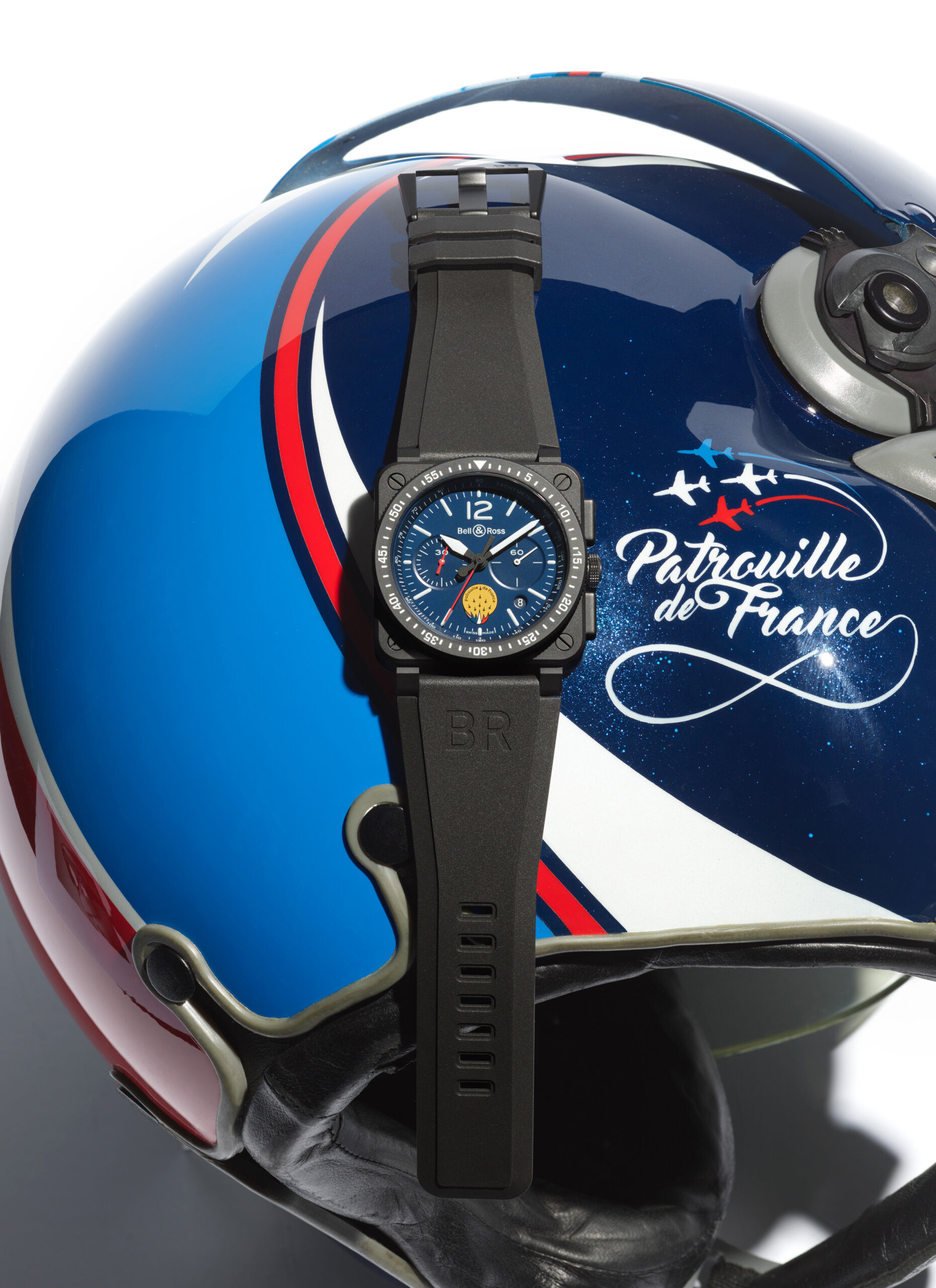 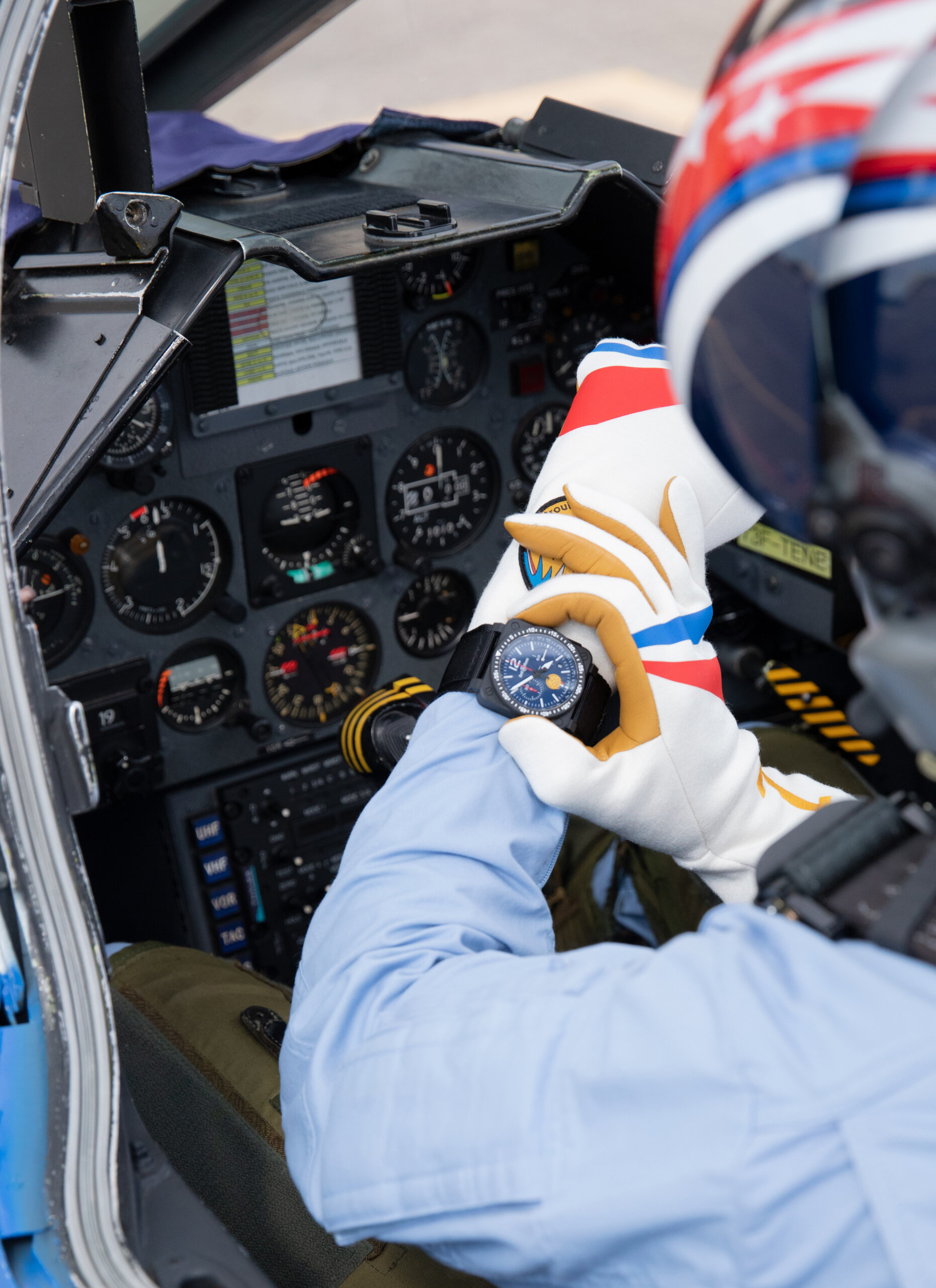 Produced in 500 pieces, this limited-edition is made available
to the public. The dial of the BR 03-94 PATROUILLE DE FRANCE
proudly and elegantly bears the patrouille de France insignia.
The circle represents the cohesion of the operational unit and
its ability to tackle every aspect of a situation.
The gold of the emblem’s background is a color widely used in
military insignia.
The nine jet silhouettes evoke nine Fouga Magister (former
patrouille de France’s aircraft before the Alpha jet) and
represent their signature aerial display formation also known
as the “Concorde”.

The tricolor banner which wraps the logo symbolizes the French
colored smoke and acrobatic evolutions of the flying team,
“ambassador” of the French Air and Space Force.
More than just a logo, this emblem is highly symbolic and
depicts the values embodied by the pilots that are accuracy,
reliability, discipline, control along with solidarity and humility.
In partnering the patrouille de France, Bell & Ross associates
itself with these values, and join them as an ambassador for
excellence in French aviation.
The patrouille de France logo is printed at the bottom of the dial
and also engraved on the case back. 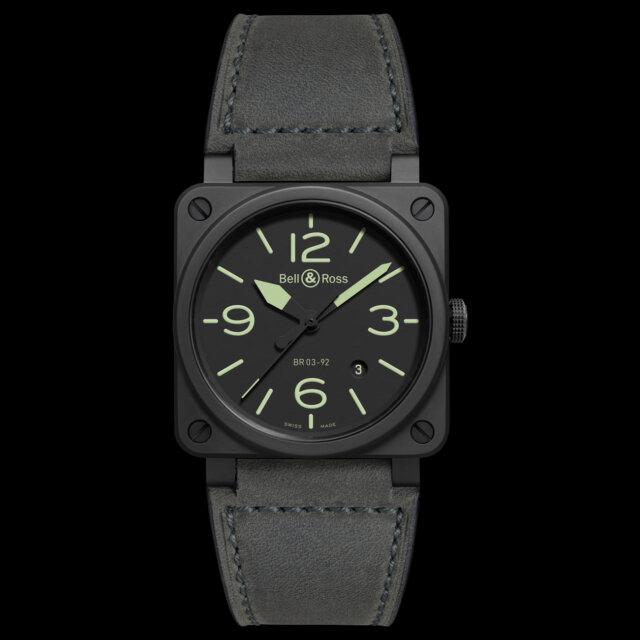 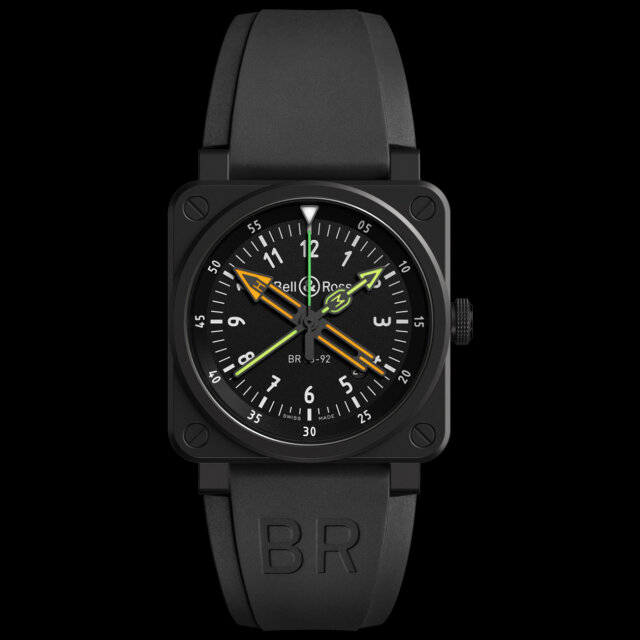