YOU ARE READING   Urwerk UR105 – Evolution of the Species

Retrospective on the evolution of the iconic UR105

Once upon a time there were intrepid knights who dressed in sturdy and shiny armor and measured time in their castles using hourglasses or meridians. Knights who challenged the enemies with their armor and made pale princesses fall in love. A world so far from watchmaking … But no! Why? Take a look at the URWERK UR-105M and listen to the words of Martin Frei, co-founder and artistic director of the brand, when he talks about its genesis: «The case of UR-105M was developed as an armor. The visible screws on the bezel not only bring a distinctive esthetic to the watch, but also tack the steel armor onto its titanium body. This shield protects the movement, the heart of the watch, from the outside world’s aggressions. For me, the parallel with the chivalrous imagery is obvious. You have the power of the bezel-armor generating a feeling of invincibility».

URWERK UR-105M – AN ICON BETWEEN FUTURE AND PAST

Thus was born the UR-105M, with an eye to the future and one to the Middle Ages. It was 2014 (no, not 1014), a handful of years ago which, for a manufacture like URWERK, is instead a geological era, accustomed as it is to continually innovate and constantly develop solutions in aesthetics and materials. However, in the UR-105M the Maison has found a leitmotiv, a continuity in the collection that derives from being deeply rooted in the thoughts of Martin Frei and Felix Baumgartner.

Luckily for the enthusiasts that URWERK has not decided to leave the UR-105M without heirs, but to develop it without betraying its soul and aesthetics. Looking at and touching the 2014 watch, you understand the reason of this.

All of URWERK’s iconic codes are present in the UR-105M. Satellite hours gliding slowly along the minute scale, darkened over-sized crown at 12 o’clock and a subtle technical feel. In the same way, technique and materials make the DNA of the UR-105M deeply URWERK, as shown by the two versions of the watch: the Iron Knight with a titanium case and steel bezel and the Dark Knight with a titanium case and AITiN-treated steel bezel. Two knights, two armors, one spirit and one heart: the UR 5.01 hand-wound caliber that moves on the dial the indications of hours, minutes and 10 seconds; on the case band the lateral seconds and the power reserve indications; on the case back a control board with Oil Change and power reserve indications and timing adjustment screw.

URWERK UR-105TA – THE POWER OF TURBINES

We wrote it a little above: the UR-105 collection was born with the precise aim to evolve, because technical genius doesn’t rest. A year after the URWERK UR-105M, Baumgartner and Frei launched the 105TA. What is different from the progenitor? All and nothing. Like the UR-105M, isn’t round, has no hands, and no tourbillon. It has the winding crown at 12 o’clock, the legendary satellite time and a solid armor to protect its caliber; but, as they remember from the brand, «it is the watch that the team had the most fun in designing, the most pleasure in developing its mechanisms, and the most satisfaction in its hand finishing and assembly».

All this because, compared to the UR-105M, the production team took a step forward especially in the movement, which is intriguing in the UR-105TA. Under the armor of the knight, the beating heart is all to love. The caliber is automatic and is optimally regulated by dual air turbines on full show on the back – TA stands for “Turbine Automatic” -. These turbines are bead-blasted, satin-finished and treated with black PVD. The winding mode is selected by a small lever with three positions: in the FULL position, only the slightest movement is needed to wind up the mainspring; RED position moderates the winding so as to minimize excessive tension on the mainspring; while on STOP mode, the winding system is disabled and the watch can then be hand-wound if necessary using the crown.

Among the different versions of the URWERK UR-105TA, we focus on the one with the black case and yellow numerals: it is, in our opinion, the one with the greatest effect and greatest impact, made to make fall in love fans of the traditional watchmaking who are not afraid to wear a 39.5×53 mm case on the wrist.

Two years have passed since the creation of the UR-105TA and, in the meantime, URWERK is twenty years old. Is there a better way to celebrate such a birthday than to create a new timepiece? Or rather, a timepiece that is the evolution of a URWERK milestone like the UR-105 collection? No. And in fact here is the UR-105CT, launched in 2017 in the Streamliner version with titanium and steel case.

URWERK to the core, the UR-105CT brings with it novelties compared to its older brothers. New in spirit and design, which here has a particular flavor for Baumgartner and Frei, who were inspired by the New York references to design the case of the new watch. The Big Apple is the city that brought the two Swiss people together over 6,000 km from their home; as the Maison recalls, they wandered the streets, taking in the images of New York, its redbrick houses, its Art Deco skyscrapers and gleaming subway. These pictures filled their minds and would never leave them.

The evolution of the UR-105 collection is a shock to the heart of those who, like us, love the rational madness of independent watchmaking. The UR-105M and the UR-105TA are bold, brave but also open to the eye of the enthusiast; the UR-105CT is austere, silent, reserved but surprising: «The Streamliner has a minimalist design with few frills and clean lines. In the initial drawings, I thought of the Empire State, the Chrysler and the Comcast buildings. That is why it has that vertical structure that seems to go on forever», Frei says. But these new frills disappear when you slide the catch on the top of the case to reveal the mechanism of the watch. Such as in the old savonette watches.

What was clearly visible in the predecessors, here becomes visible only if the wearer of the watch wants it. Once opened, the upper part of the watch reveals the wandering hour indication based on an openwork carousel, which carries the four satellites, each bearing three numerals for the hours. The hours successively sweep past the minutes scale for an analogue and digital display of the time. A power-reserve indicator and digital seconds make up the rest of the information displayed on the dial. The mechanism was made using a photolithographic process, with each marker openworked to make it as light as possible.

Here too we find – in the case in titanium and polished steel or titanium and PVD-treated steel – the automatic movement with double turbine of the UR-105TA, where the winding mode is selected by a small lever with three positions, ensuring up to 48 hours of power reserve. A configuration that Baumgartner and Frei propose in 2018 in UR-105 CT Kryptonite. A watch that differs from the Streamliner mainly in the case, in AlTiN treated titanium, but above all, in the light. Light? Yes, light, seductive and electrifying. Because luminosity is at the heart of this URWERK’s timepiece. Its name Kryptonite comes from the intense green light emitted from the hour markers. But far from having the baleful effect of the mythical meteorite, it’s a perfect colour match for the watchcase: the contrast between the matt, AlTiN-coated case and the phosphorescence of the numerals is astonishing. And seducing, of course.

The case is ultra-modern, as well as characterized by a minimalist look with clean lines and without decorative frills; the materials are cutting edge; ancient the roots. They date back to the 17th century, inspired by the famous “nocturnal and silent” clock, commissioned by Pope Alexander VII to the Italian Campani brothers. These replaced the hands with perforated rotating discs, which were then lit by a candle inside the case. Baumgartner and Frei define it austere and discreet, , but charge up the SuperLuminova, then go into a dark room. Your UR-105 CT will show you the way.

But that’s not enough. The UR-105 CT cannot stop moving with the Streamliner and Kryptonite, it is a watch made to evolve, change, seek and meet the passions of connoisseurs. This is demonstrated by the third stroke of genius, which arrived in 2019 with the UR-105 CT Maverick. Same heart, same functions, improved user experience.

«In our previous models, the satellites were mounted on Maltese crosses and held on top by an orbiting cross», says URWERK’s head watchmaker and co-founder, Felix Baumgartner. «We re-examined the design and found ways to improve it. You can feel the result when you set the time – no friction, no clicks, just the waltz of the satellites. Our work is hidden in the flow of the transmission through the gears».

But above all, a new armor. The knight of URWERK now wears bronze, «the most ancient of alloys, somehow magical and always unpredictable» says Martin Frei. «Unlike our other creations, the Maverick leaves our workshops in the raw. It’s on the owner’s wrist that the watch acquires its finish. It will be transformed through symbiosis with its host».

And this is precisely the characteristic of the bronze of which the Maverick case is made; it changes considering humidity, temperature, different atmospheric agents and the microclimate in which each of the owner lives, making each piece unique. Nevermind if this version of the UR-105 CT is produced in only 22 pieces: each watch lives for itself and for those who wear it. It is pure hedonism, pure URWERK. 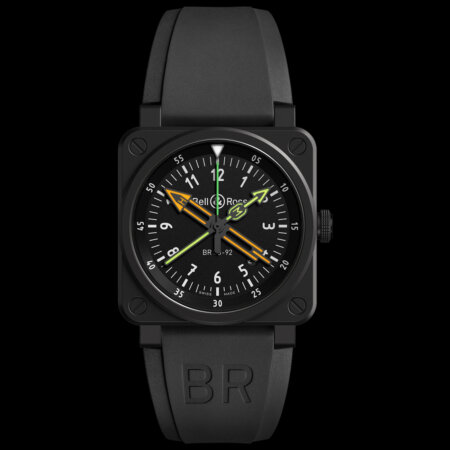 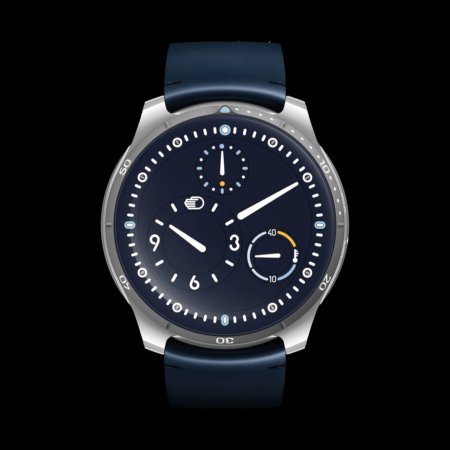