YOU ARE READING   Ressence TYPE 2 – Time is natural

The history of watchmaking has often been written by visionaries, both in the past and in more recent years. To this last period belongs Benoît Mintiens, the founder of Ressence, who twelve years ago found a new and original way to change conventions. Who would have thought of a watch that keeps time using discs that rotate on themselves and alongside the dial? Using a movement that integrates mechanics and electronics? Using solar energy instead of kinetic energy or that produced by a battery? And by combining all this?

A visionary, but not a fool. Because Benoît Mintiens is an industrial designer who, before inventing his own timepiece, designed everything – from aircraft cabins to hunting guns – and who left his mark in watchmaking, which is a passion for him even before than a field in which to experiment with his own technical intuitions.

Ressence – From vision to product

He did it with a clear vision of business and contemporary watchmaking. Starting from the ZeroSeries in 2011, passing to the SeriesOne in 2012, to the TYPE 3 in 2013, followed by the TYPE 1 in 2014, from the TYPE 5 in 2015 up to today’s protagonist, the TYPE 2G Grey, which joins the Blue and Anthracite references.

The TYPE 2 was born as a concept watch in 2018 and went into production in 2019, still surprising enthusiasts and professionals. Why? Because as we have already written months ago talking about the TYPE 1, also this Ressence is a “natural” watch.

What does it mean? Calm down, let’s go step by step and be patient, we’ll see later. To start talking about the TYPE 2G Grey it is better to go back to the three questions which opened this article and take a look at what they have inside: rotating discs to indicate the hours, integration between mechanics and electronics, solar energy.

Starting from the original hour display. A technical solution that puts hours, minutes and seconds on the same level, thanks to a system named ROCS: Ressence Orbital Convex System. It is a horological complication module including the main and sub discs. The result is a three-dimensional dial entirely in motion and ever changing: each of the hour, second and day indication discs rotates on their own axis, while simultaneously rotating 360 degrees every 60 minutes inside the complete dial which rotates to display the minutes.

In this way, each hand orbits each other in an ever-changing dial, while always maintaining the correct angle between hours and minutes. The dial is pure simplicity: hours, minutes, seconds and indication of the second time zone. Even at night, thanks to the engraved indications filled with grade A Superluminova.

Then we talked about mechanics and electronics that go hand in hand. Someone may say that hybrid solutions such as mecaquartz have existed for some time, so what’s new? Well, the new is e-Crown, a module developed by Ressence which changes the way to interact with a mechanical watch. It is a Bluetooth enabled electronic module placed between the mechanical movement and the Ressence Orbital Convex System. e-Crown automatically sets and adjusts the time of the watch as needed or dictated by the user.

It is possible to first set the time manually via the lever placed on the case back, and afterward double tapping the crystal the e-Crown registers the time and keeps it. According to Ressence, even after three months of inactivity tapping twice on the crystal the watch will pick up where it left. It is also possible to manually adjust the watch from the smartphone app accompanying the e-Crown’s Bluetooth linking capabilities. The watch remains entirely independent of the phone, however, and can function without engaging the e-Crown at all.

e-Crown also allows you to save a second time zone. Each of the four e-Crown modes are accessed via tapping the crystal and indicated by a coloured subdial: time zone 1 = green; time zone 2 = yellow; Bluetooth app communication = blue; e-Crown off = white arrow.

Power to the sun (and to emotions)

And then again, do you remember what we wrote? Solar energy to power the Ressence TYPE 2G Grey. Indeed, an important aspect to the incorporation of an electronic crown into a mechanical watch is the power source. The e-Crown’s energy comes from the photovoltaic panels hidden underneath 10 small shutters across the dial and behind the hour-disc. The calibre beats at 28,800 vibrations/hour (very, very precise) and has a power reserve of about 36 hours.

Speaking of the power reserve… Do you know that in addition to being beautiful and innovative, the Ressence TYPE 2G Gray is also smart, because it knows how to save energy? Thanks to the Automated Stop Seconds function, you never have to wind the watch as it stops when you don’t wear it to keep the power reserve. Ingenious!

Do you understand why the Ressence TYPE 2G Grey is a “natural” watch? Because what we wrote about TYPE 1 also fits to this new timepiece: “In Mintiens’ vision, rigorous but poetic, the face of the TYPE 1 is constantly changing, just as a human face changes with each passing emotion. And when emotions make change the expression of our face, do we concentrate on it or do we think about the muscles shaping the eyes, the forehead, the mouth? Similarly, when we look at the changing dial of TYPE 1, we are enraptured by the dance of the counters and not by the mechanism that moves them”.

The case is in extremely resistant grade 5 titanium, as is the dial. The peculiarity of the dial is given by being convex, in order to make the discs more readable; consequently, even the double domed sapphire crystal with anti-reflective coating that covers it is strongly convex, but this does not compromise the overall thickness of the watch, which stands at 12 mm. More than adequate for a 45 mm diameter watch. If you are lucky enough to get the chance to try one you will be surprised about how small it looks and how light it is – only 52 grams with the strap.

Because the size and shape of a watch determine its fit and a timepiece that wants to be “natural” like the Ressence TYPE 2G Grey should fit on the wrist almost as if it were a second skin. Despite its size, it does. This is due to the reduced thickness and the integrated and very short lugs, which minimize the impact of the 45 mm case. Great job, Monsieur Mintiens!

And we like to end this conversation with the definition that Mintiens himself gives of his own creation. A definition that our friends at Ressence love to put at the bottom of their communication and that includes the sense of the watch: “The Type 2 is the most advanced representation of what we stand for: design without compromise, and 21st century watchmaking for 21st century people. It combines the best of both worlds – empathy and trust – improving the mechanical watch without impacting its mechanical integrity”. 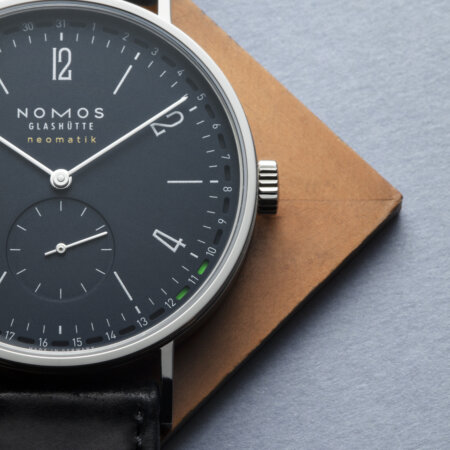 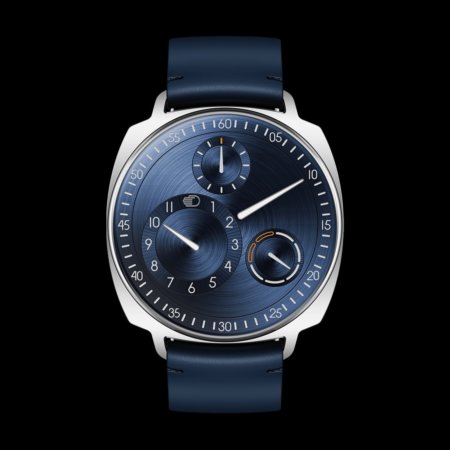