A genius, a visionary, a master, and maybe even a little crazy, Maximilian Büsser is one of the most interesting guys in the watchmaking world. Since he created MB&F in 2005, the 54-year-old Milan-born, Swiss national has revolutionized the concept of reading and telling the time. He did this first with the Horological Machines inspired by childhood games and then later, from 2011, with his Legacy Machines, the latest of which is the LMX.

With his Legacy Machines, Büsser went back in time a hundred years to imagine what kind of watch he would have created if he had been born in 1867 instead of 1967. A choice that at first puzzled those accustomed to his incredible creations: “What the hell! What happened to the breathtaking Horological Machines coming from another dimension?”, were some of the more publishable reactions to the first LM1.

But over time, this choice towards a more traditional aesthetic has revealed itself to be no less disruptive than the Horological Machines that earned the brand its position in the independent luxury watchmaking arena in the first place.

ONCE UPON A TIME THE LM1

The LM1 was unveiled in October 2011 and was the work of a collaboration between two other watchmaking geniuses – Kari Voutilainen who was in charge of the aesthetics, and Jean-François Mojon who designed the movement. This first Legacy Machine completely changed the style of MB&F, abandoning the visionary, spatial, futuristic forms of the Horological Machines, to embrace a more traditional approach, but only in appearance.

A round case, white lacquered sub-dials, blued hands, and above all, a floating balance wheel that would become the signature of the Legacy Machines turned watchmaking conventions on their head with their classic shapes and refined materials. By harnessing the design codes of traditional watchmaking to form this defiant configuration of a watch movement, LM1 turned out to be MB&F’s most subversive creation since the company’s inception in 2005.

But MB&F didn’t shift its production to the more consensual aesthetics of the Legacy Machines. The unconventional Horological Machines continue to represent an essential part of the brand’s production. But watch collectors now embrace the more classic-minded Legacy Machines too, earning them a valued place among MB&F’s collections.

MB&F – THE EVOLUTION OF THE SPECIES

In 2021, MB&F continues to evolve in both directions and now, a decade later, it’s time to celebrate the anniversary LMX “machine”. A watch that is a tribute to the LM1 and that once again brings the X to the centre of MB&F’s work. The letter X often appears in the MB&F universe, where it has a special significance, based on the Roman numeral for 10. It has marked 10th anniversaries such as that of the HM3 and the HM3 FrogX, and of the brand itself in 2015, with the HMX.

But X also has many other different meanings. In algebra, it is the unsolved variable; in cartography, it is the desired destination; in our mind, X represents the indescribable, the unexplainable and the uncategorisable. The starting point for the new LMX adventure, which keeps the distinctive elements of the Legacy Machine collection, such as the central floating balance wheel and the two sub-dials, begins in a completely different way.

THERE’S A WHEEL IN THE AIR!

We are smart guys, so let’s start talking about the brain of this watch, the floating balance wheel. It is placed in the centre of the dial and beats at 18,000 vph. It is downsized to 13.4 mm from the original 14 mm and is fitted with inertia blocks, to provide greater accuracy than traditional screwed balances. The balance wheel of the LMX is suspended on an arched V-shaped bridge that is both solid and rounded and rises above the dial, where the LM1 had a V-shaped bridge that was skeletonized.

THE TIME ZOME SUB-DIALS OF THE LMX

Nothing is hidden on this architectural and complex dial that is crowned by a high domed sapphire crystalwith an anti-reflective coating and encased in a 44 mm case. Of course, MB&F didn’t hide the signature of the Legacy Machines, the two white lacquered sub-dials each have their own display of hours and minutes. The sub-dial on the right is set by the crown at 2 o’clock, which is engraved with the MB&F battle-axe and winds the movement. The crown at 10 o’clock is engraved with a globe and sets the time of the left sub-dial. An expert eye will notice that in the LMX, the two crowns have been moved from their position at the bottom of the case to the top.

But the real difference between LMX and the first Legacy Machines lies in the sub-dials – they are both tilted at an angle of 50°, an additional complexity on previous Legacy Machines. This angle requires the transfer of energy from a horizontal to a vertical plane and is achieved thanks to conical gears – an engineering trick that enriches the complexity of this three-dimensional hand-winding calibre that comes with an impressive power reserve of 168 hours.

I’VE GOT THE POWER!

In the LMX, the power reserve indicator is brand new and has been shifted from 6 o’clock to 12 o’clock. It has also changed from a vertical position to a hemispherical position. It offers two different ways to tell the power reserve, via two markers positioned on opposite sides of the hemisphere; one bears the numbers from 1 to 7, and the other bears the initials of the days of the week.

The way to read the information can be chosen by continuing to wind the battle-axe crown at 2 o’clock even after the power reserve is fully replenished and then adjusting the orientation of the indication, in order to make the preferred scale more visible when the LMX is on the wrist.

While the first few Legacy Machines took a selective approach to what was showcased between the dial and the sapphire crystal dome, later models were more demonstrative about their mechanical prowess. LMX follows this latter approach, revealing functional features.

The dial shows more mechanical elements than ever. Among them there are the gear train’s components and the battle-axe-shaped escapement bridge between the two sub-dials, crossing the lower half of the main dial. Two large wheels, placed next to each winding crown, are particularly visible and are set in motion when setting the time on either sub-dial. Another beautifully hand-polished wheel with curved profiles at 6 o’clock drives the small seconds.

LMX – SYMMETRY FIRST OF ALL

Symmetry is another keyword that defines the LMX. The dial looks like a perfectly balanced X, framing a deeply symmetrical movement, and through the sapphire crystal, three barrels have been placed evenly around the centre and are highlighted by a sunray decoration of the Côtes de Genève finishing.

Anything else to add? Oh yes, how could we forget, LMX is available in two limited editions: 18 pieces in polished 18k 5N+ red gold, with a black NAC treatment on the plates and bridges, and 33 pieces in polished grade 5 titanium with a green CVD treatment on the plates and bridges. As always, exclusivity will only ever be for an extremely lucky few. 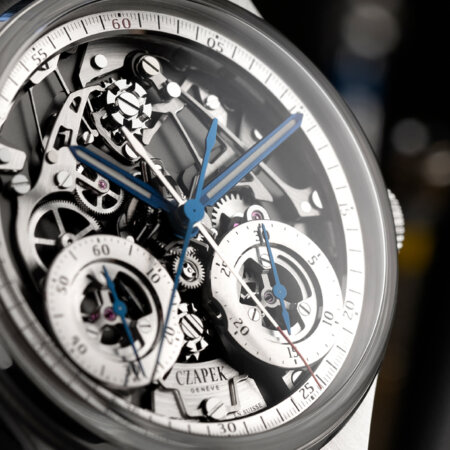 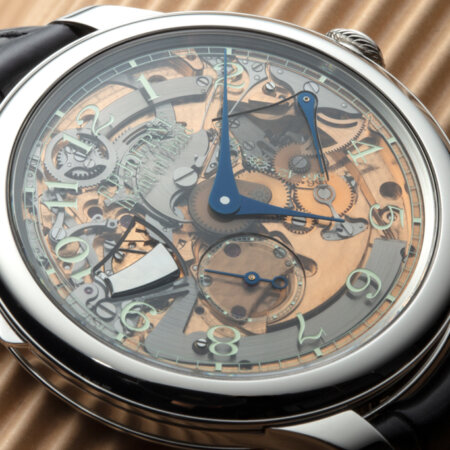 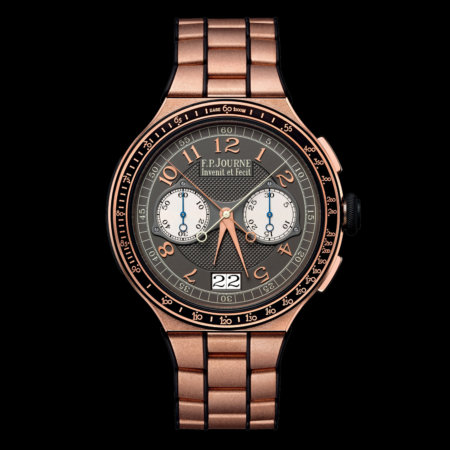 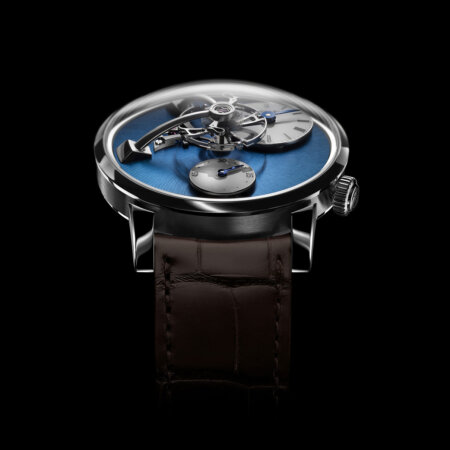